“Modeling has produced estimates that if just 15% of a population uses Exposure Notifications, that in combination with manual contact tracing, there can be up to a 15% reduction in COVID-19 infections and 11% fewer deaths,” said Navina Forsythe, director of Utah’s Department of Health Center for Health Data and Informatics while announcing the launch. “A higher percentage of participation can lead to even greater reductions in disease.”

In May 2020, Utah had shunned the Apple-Google framework in favor of Healthy Together, an app made by a social media startup that includes personally identifiable information. The Healthy Together app is still active for Utahns, leaving residents with two state-sanctioned contact-tracing models.

In the Apple-Google API, nobody knows the identities of anyone else with whom their devices exchanged tokens. It uses anonymized tokens and Bluetooth to trace exposure between individuals. When someone tests positive, the Utah Department of Health will give them a verification code to enter into the Exposure Notifications system. The platform will use that token to alert others who came into contact with them, advising them to watch for symptoms and get tested. 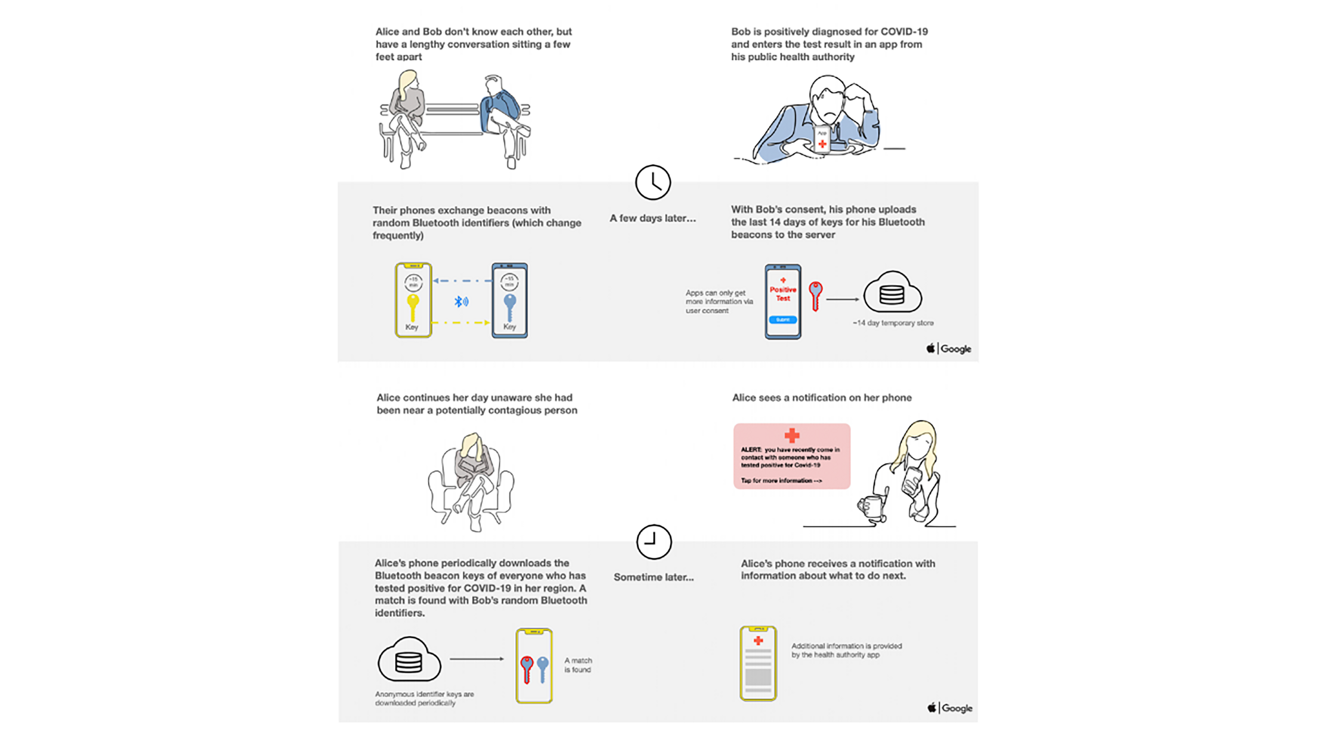 Apple and Google collaborated on the system in the first months of the pandemic in the U.S. Apple released its first beta in April 2020. The API exited beta the following month.

Starting with iOS 13.7, Exposure Notifications are built into iOS, allowing users to participate in their state or region’s program without installing a separate app.

Utah-based iOS users can sign up by doing the following:

Android users will need to download a UT Exposure Notifications app to participate in the program.