New images of an alleged next-generation pair of AirPods have surfaced, and they continue to suggest a design blending elements of both AirPods and AirPods Pro.

The new images, published by 52Audio, give us the clearest picture yet of Apple’s next-generation AirPods — if they do happen to be genuine. Although the audio accessories in the image feature design considerations reminiscent of Apple’s “AirPods Pro, they don’t sport interchangeable silicone ear tips. Instead, they retain the universal fit of standard AirPods. 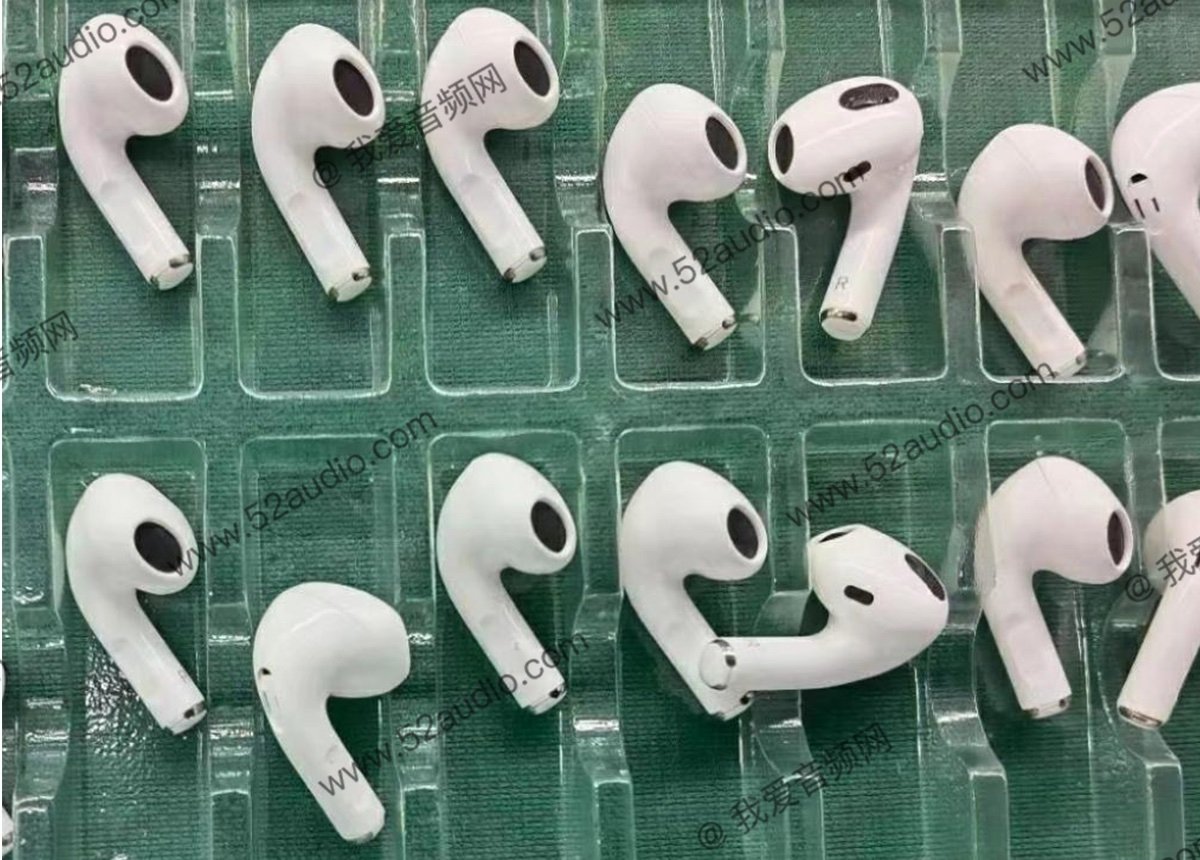 However, the images suggest that the new AirPods could have shorter stems, an AirPods Pro-like charging case, and the same squeezable stems of the higher-end Apple headphones.

In a previous report, 52Audio also suggested that the new AirPods will keep the H1 chip and won’t have noise cancellation or transparency mode, both features of AirPods Pro. The AirPods are also expected to have about the same battery life as their predecessor.

Additionally, the report suggests that the new AirPods could have a pressure-relief mechanism akin to AirPods Pro. That would allow the pressure inside the ear to be equalized with the outside world, increasing comfort when a user is wearing them. 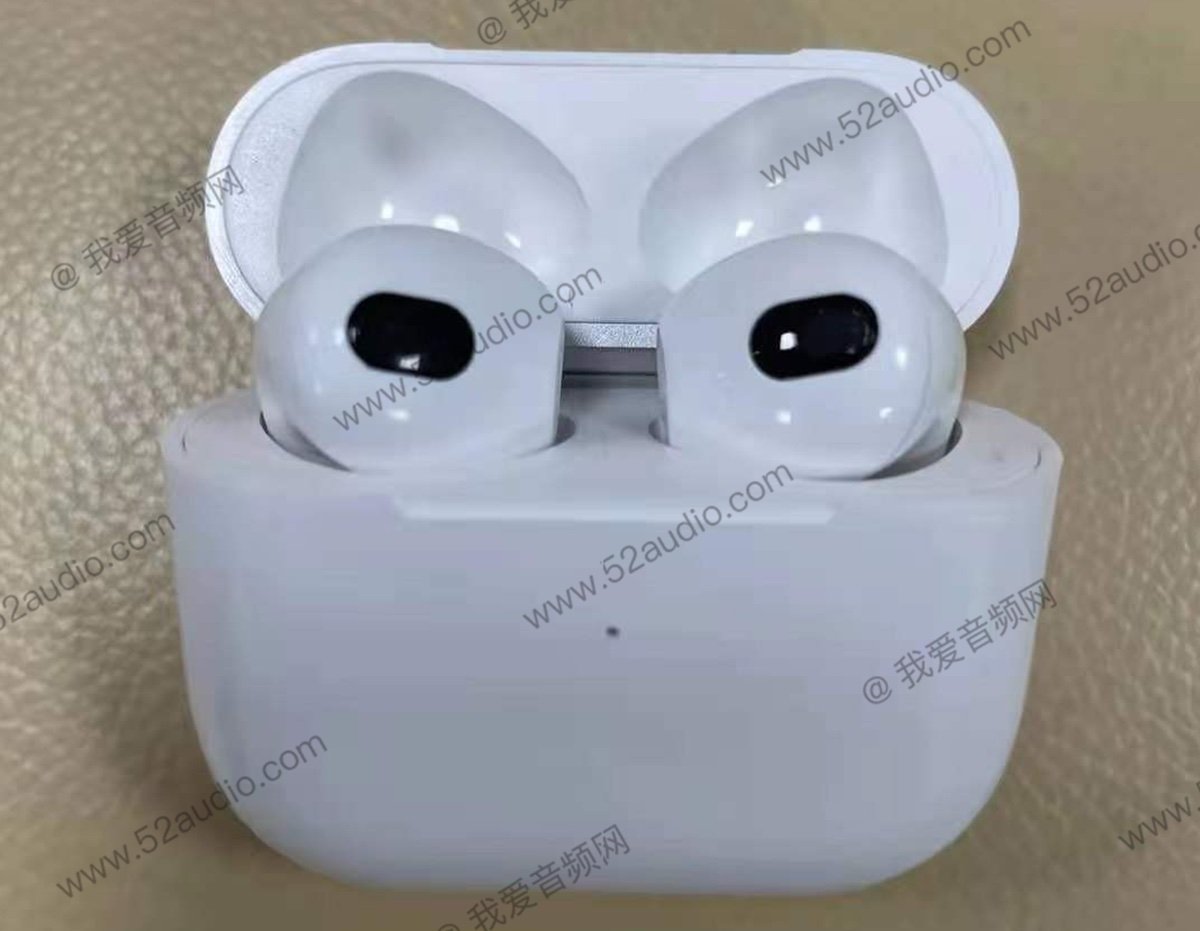 As with the previous 52Audio reports and images, there’s no way to verify whether the information or pictures are genuine. Previous leaked images, like a set from November 2020, are suspected to be faked.

Previous rumors indicate that the so-called “AirPods 3” or “AirPods Pro Lite” would be focused on minor incremental changes and refinements.

There’s no word on release date for a next-generation AirPods model, but rumors suggest that Apple might hold an event on March 23 to announce its long-awaited “AirTags” and other devices.