Spotify this week confirmed that its plans to add AirPlay 2 support to its iOS app have been placed on indefinite hiatus. 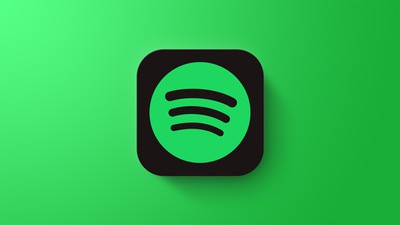 In an online discussion forum post, a Spotify representative said the streaming music service had been working on supporting AirPlay 2, but the company has paused the efforts “for now” due to “audio driver compatibility issues.” The representative described AirPlay 2 support as a “bigger project that we won’t be able to complete in the foreseeable future.”

AirPlay 2 launched as part of iOS 11.4 in May 2018 with several enhancements to the original AirPlay wireless audio protocol, including multi-room audio, Siri voice control, and improved buffering. An app can support AirPlay 2 by implementing AVFoundation framework APIs, with a four-step process outlined on Apple’s developer website.

Spotify has also yet to add native support for the HomePod (or its HomePod mini successor), despite Apple opening up the speaker to third-party music services last year. This is despite Spotify filing a complaint against Apple with the European Commission in March 2019 that accused the iPhone maker of “locking Spotify and other competitors out of Apple services such as Siri, HomePod, and Apple Watch.”

We’ve reached out to Spotify for comment and we’ll provide an update if we hear back.