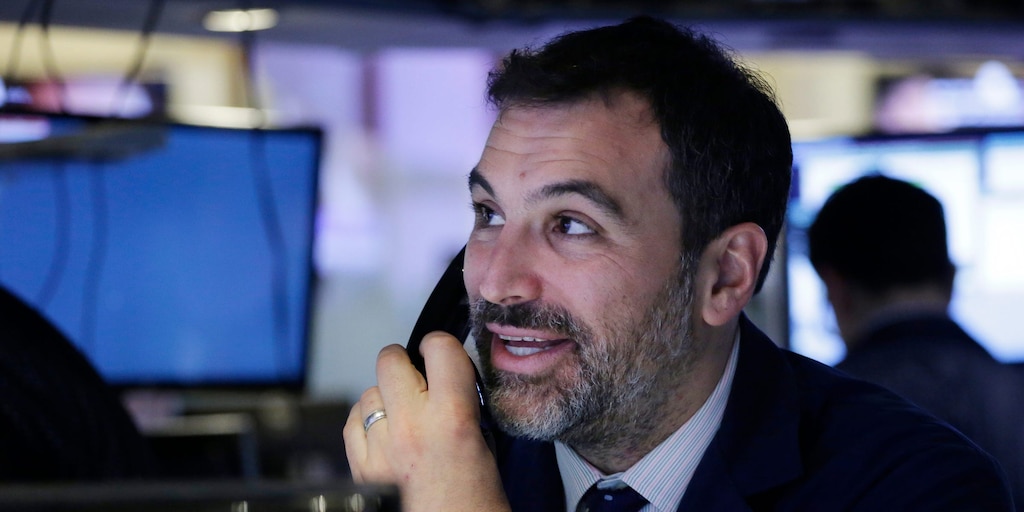 US stocks climbed to new records on Friday as economic data surprised to the upside. The S&P 500 and Nasdaq composite reached all-time highs once again as their rallies surged onward.

Consumer spending in the US grew 1.9% in July, the Commerce Department reported on Friday. Economists surveyed by Reuters anticipated growth of 1.5%. The gain follows a 6.2% jump in June and rebukes some fears that the nation’s economic recovery stumbled last month.

The department also said US personal income climbed by 0.4% in July. Economists expected a 0.2% drop.

Here’s where US indexes stood at the 4 p.m. ET market close on Friday:

Read more: MORGAN STANLEY: Buy these 12 underappreciated stocks that offer strong profit growth and are due for a surge

The Dow erased its 2020 losses, becoming the last of the three major US indexes to turn positive year-to-date. The 30-stock index traded above its December 31, 2019 close on Thursday but ended the session below the threshold. The S&P 500 and Nasdaq composite erased their year-to-date losses months ago on surging tech stocks. The Dow’s smaller exposure to the sector delayed its turning positive for the year.

Investors continued to cheer the Federal Reserve’s shift to a new monetary policy framework. The central bank will now aim for 2% inflation averaged out over time, signaling periods of stronger inflation to balance out today’s lower rate. The shift “was music to the ears of Wall Street bulls,” Craig Erlam, senior market analyst at OANDA Europe, said in a note.

“In theory, by aiming for 2% average inflation, the central bank should hold off a little longer before raising interest rates. Whether they do so to any significant degree is another thing,” Erlam said.

Read more: Savita Subramanian uses her philosophy major more than her math degree as Bank of America’s US equity chief. She told us how it guides her investing strategy – and shared the drivers behind her career success.

The energy sector led indexes higher through the session. Tech stocks continued to gain, with semiconductor producers including Intel and Nvidia led the group.

Financials outperformed on the Fed’s announcement. Visa and Mastercard jumped the most in the sector.

Workday shares surged after the company beat estimates for second-quarter revenue and earnings. The cloud software firm attributed its success through the pandemic to clients’ spending on solutions for the work-from-home shift.

Read more: Chris Mayer wrote the book on how to make 100 times your money with a single stock. He gives an in-depth assessment of the latest company that ‘checks all my boxes.’

Gold climbed as much as 2.3%, to $1,973.92 per ounce, on new interest following the Fed’s announcement. A longer period of low interest rates drags on Treasury yields, in turn boosting the precious metal’s relative value.

Oil edged lower amid fallout from Hurricane Laura. West Texas Intermediate crude slipped as much as 0.8%, to $43.69 per barrel. Brent crude, oil’s international standard, fell 0.6% to $44.80 at intraday lows.

The US tech sector is now worth more than the entire European stock market, Bank of America says

Credit Suisse fired a banker who forged a wealth-management client’s documents and cost the firm $11 million, a new report says

We asked hundreds of millennial investors for their top long-term stock pick. Here are the top 7 most popular responses.