There are plenty of benefits to storing sensitive information digitally rather than as a physical hardcopy. It’s often easier to keep track of large amounts of data when you can conveniently search for them from your desktop.

Meanwhile, a file folder on your computer can easily replace several file cabinets within your home or office.

However, leaving information on a computer, your data could easily be accessed by hackers or those who have physical access to your devices. It could be lost should the device be damaged.

That’s where the DiskAshur M2 has you covered. It’s a small, tough, external solid-state drive that features onboard encryption to keep your personal information safe and secure.

The DiskAshur M2 is incredibly small — it’s 106mm x 45mm x 12mm — smaller but a bit thicker than an average iPhone. It weighs a scant 65 grams, or about a third of what an iPhone 11 weighs.

It features a removable hard sleeve to prevent accidental button presses and protect it from bumps and scratches. 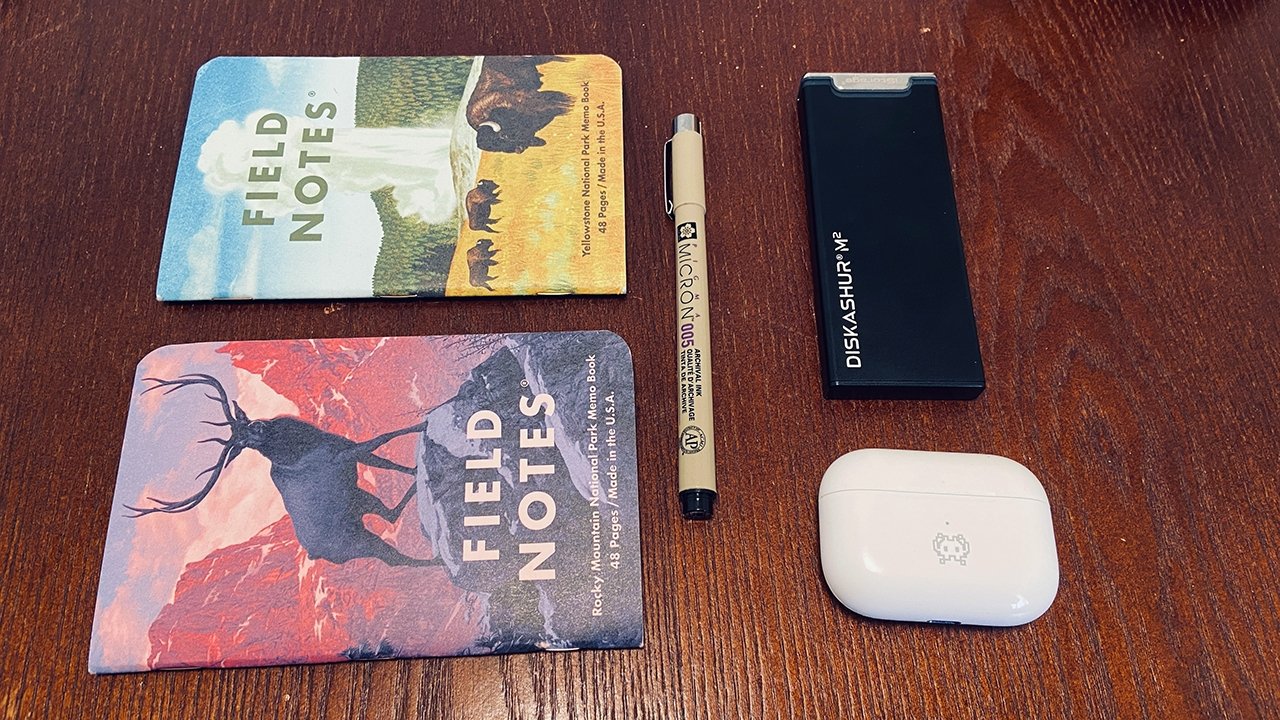 According to the manufacturer, as long as the M2 is stored in its sleeve, it’s crushproof for up to 2.7 tons, and drop-proof up to 12 feet. We dropped the drive onto a floor from a height of a few feet and had no issues accessing the data later.

It also features an IP68 rating, making it capable of being submerged in up to 5 feet of water for 30 minutes, and able to stand up against dust, dirt, and sand. 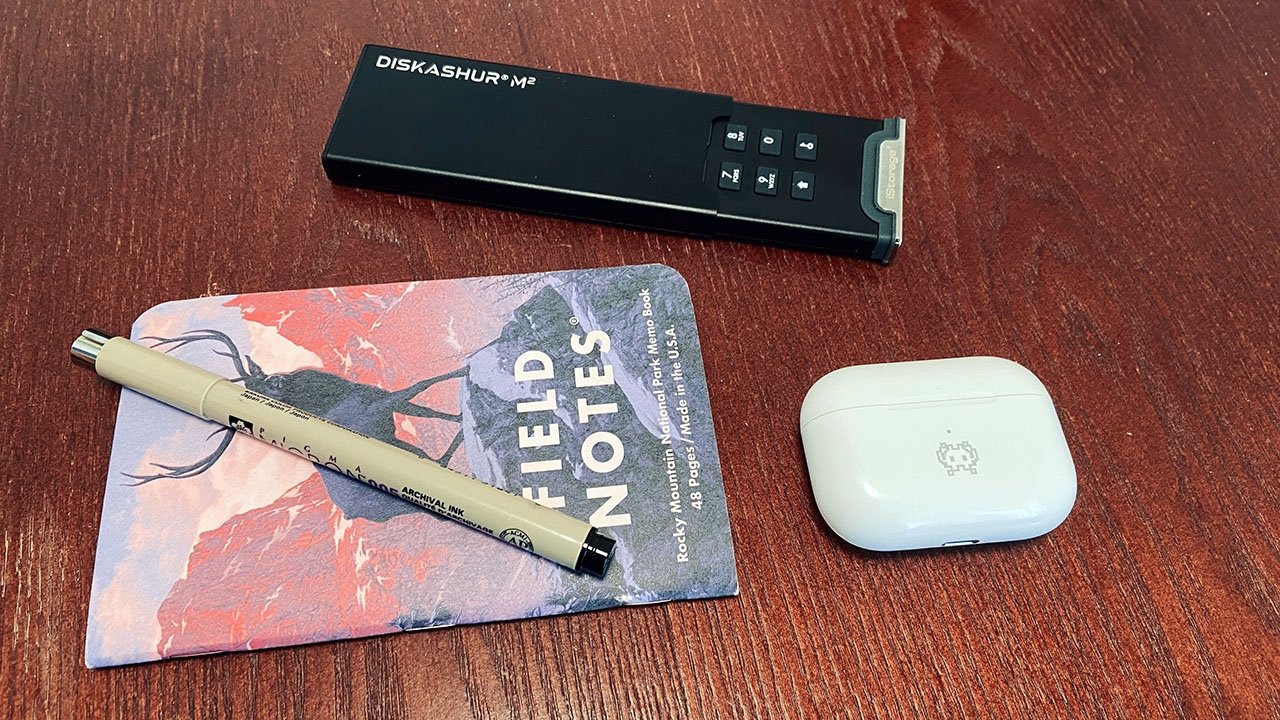 The sleeve protects the DiskAsure M2 from drops

We love the small size, which fits perfectly in a back pocket, tech bag, purse, or desk. Additionally, iStorage includes a nice hard foam case with a wrist strap to carry your M2 around, helping to protect it while in tow.

On the front of the DiskAshure M2 is a 12-button keypad featuring ten digits, a lock/unlock button, and a shift key. Users will need to set up a 7 to 15 digit pin, which is used to unlock the drive — but more on that later.

Connecting to your Mac, PC, USB-C iPad, or tablet is easy. The manufacturer includes both a USB-C and a USB-A cable.

While a nice addition, we think these cables could be a little longer, especially if you’d like to connect it via a USB port on the back of your device.

Overall, the design is ideal for those who want additional storage with enhanced security but want something small and discreet, too.

Like the DiskAshur 2 we reviewed in 2019, the drive’s primary security feature is its Enhanced Dual Generating Encryption (EDGE) system. It utilizes a dedicated secure microprocessor to encrypt and decrypt the data on the drive in hardware, with military-grade AES-XTS 256-bit encryption.

The system also encrypts the encryption key stored on the device and it is only used when a valid PIN is entered. Pins can consist of digits between 0 and 9, and an included shift key allows users to add additional combinations. For example, 3056843 is different than 305(shift)6843.

User-created PINs cannot contain repeating numbers or be sequential, either. This rules out codes like 1234567 or 88888888 that could be easily guessed.

The main benefit is that the entire system is self-contained. You won’t need to use any companion software to read or write content to the M2. Once you enter the PIN, it’ll work just like any other external drive. 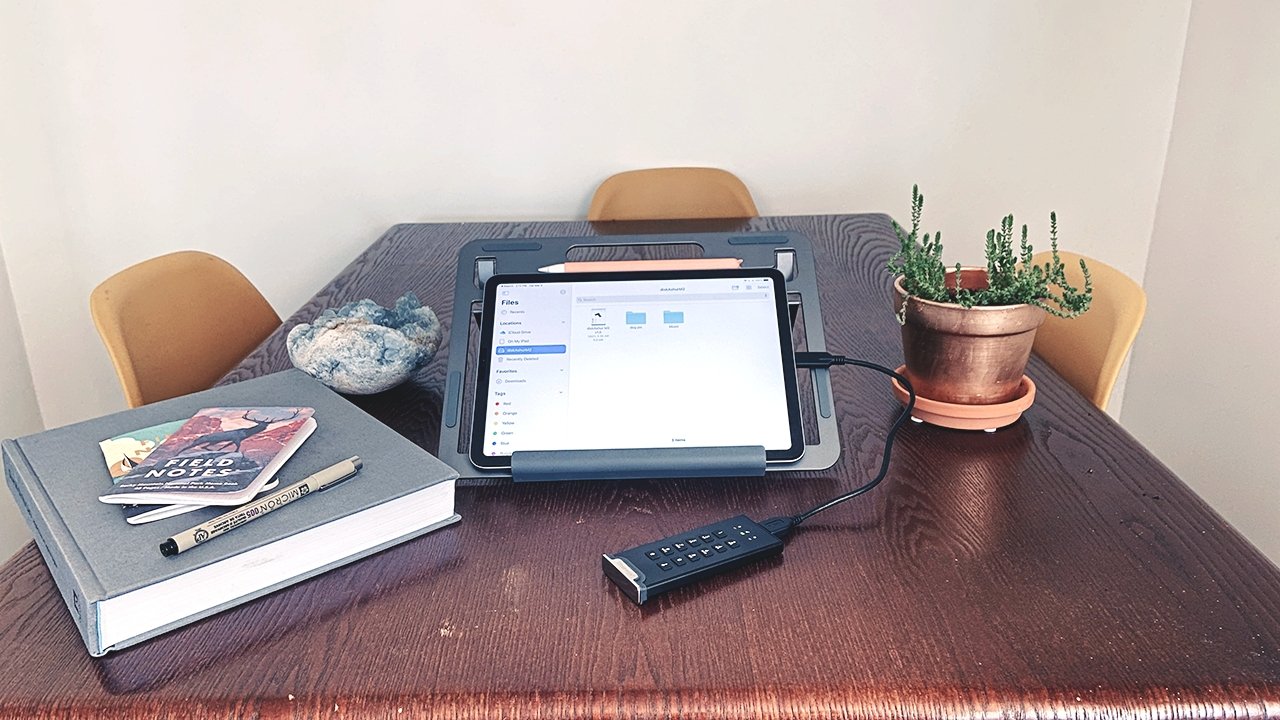 The DiskAsure M2 is compatible with USB-C iPads, like the iPad Air 4 and the iPad Pro

When plugged into your device, the drive remains unseen until you input the code. If you turn off your Mac or disconnect the drive, it automatically locks.

If you tend to be forgetful and leave your computing setup unlocked for long periods, you can set the M2 to lock after a certain amount of time, which, frankly, is just a smart idea.

There’s also a built-in brute-force attack mode, automatically destroying the encryption key and all data written to the drive after multiple consecutive incorrect attempts. Users can set the brute-force attack failure threshold themselves, too.

Additionally, a user can set up a self-destruct pin that allows the user to quickly destroy the encryption key and all data by entering a specific code. While this is likely not a feature that the average user would need, it’s still an excellent option.

For the 1-terabyte SSD model used for testing, iStorage claims it has read and write speeds of up to 370MB/s and 370MB/s, respectively. In tests using a 2018 15-inch MacBook Pro, it undershot both those numbers considerably with 320.7MB/s, while writing data is still respectable at 304.6MB/s when tested using BlackMagic’s Disk Speed Test. 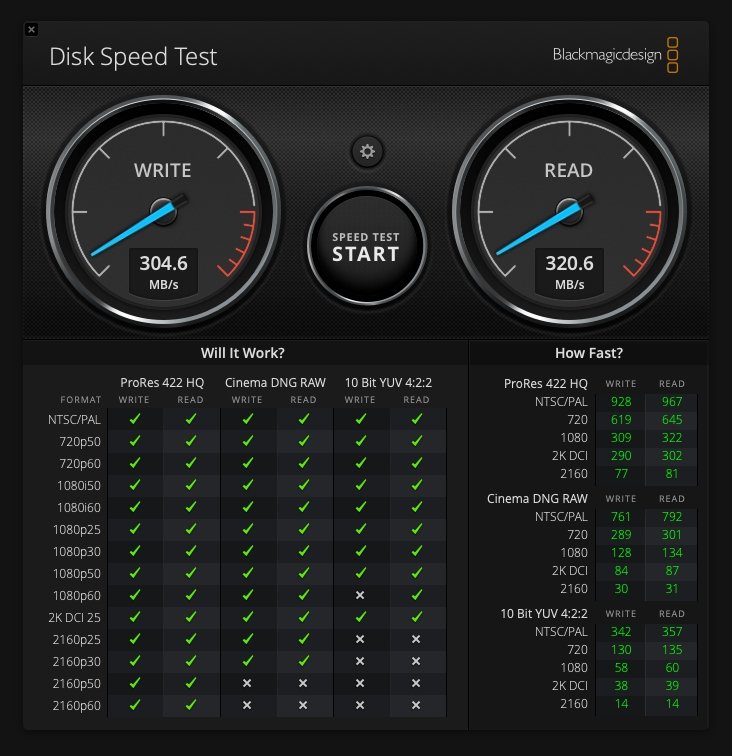 For most users, this will be sufficient enough. Besides, the main selling point of the DiskAshur M2 isn’t its speeds but rather the onboard encryption and built-in security keypad.

High security in a small package

If you’re in the market for an ultra-secure external solid-state drive, you could do a lot worse than the DiskAshur M2. Its small size, coupled with the onboard encryption, makes it a safe choice to travel with, and it’s tough enough to stand up to even the most clumsy of users.