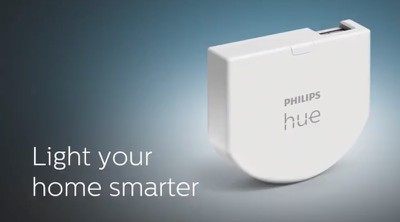 The new Philips Hue wall switch module is the ideal addition to any Philips Hue set up. Installed behind existing light switches, it allows users to turn their existing switch into a smart switch and ensures their smart lighting is always reachable. Whether it is via the app or via voice control: no more getting up from the couch to turn on the switches that a family member or house guest might have turned off.

The company has also announced a new version of its
Wireless Dimmer Switch featuring a more curvaceous design. Instead of having four buttons like the switch module it replaces, the new model has only three buttons, with the middle two dimmer buttons combined into a single rocker button. The “on” button also now has a small tactile marking so that users can find the correct button in the dark.

Users can select light scenes in the Hue app and customize how the switch functions to personalize the ambience of their home. The module includes power on and off switches, dimmer controls, and a button that lets users cycle through their favorite scenes. Like the module it replaces, the new dimmer switch also includes a removable remote. 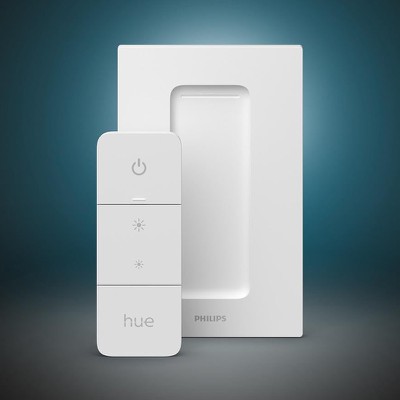 In addition, Philips Hue has launched a new outdoors lighting system: The Amarant is an ambient LED strip for use on blank walls in gardens or on balconies. It features a wall washing effect with a vibrant light that’s intensified by the metal shield. The Amarant also integrates with existing Hue low-voltage outdoors products such as the Hue Lily, Hue Calla, or Hue Outdoor Lightstrip. Philips Hue is also updating its Appear outdoor wall light with a brushed stainless steel finish and easier installation. 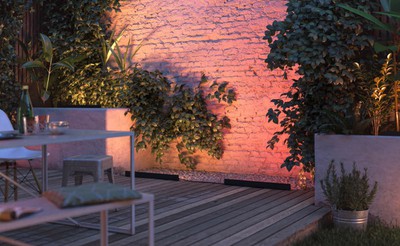