The next-generation iPhone SE that’s set to launch in 2022 will feature the same 4.7-inch display as the current version, according to display analyst Ross Young. 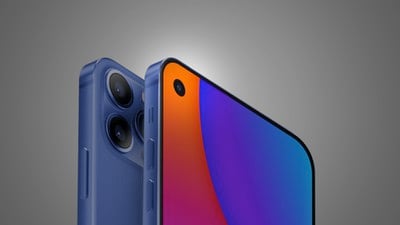 The existing ‌iPhone SE‌ is modeled after the
iPhone 8 with a 4.7-inch display. There were rumors suggesting that Apple
was working on an “‌iPhone SE‌ Plus” that could come out this year, but earlier this month, Apple analyst
Ming-Chi Kuo said that there
won’t be a new iPhone in the SE family until 2022.

Young’s information also suggests there will be no 2021 refresh for the ‌iPhone SE‌, but he says that following the minor 2022 refresh, there could be a more radical design change coming in 2023.

Apple is said to be working on a 6.1-inch version of the ‌iPhone SE‌ that features a hole punch design rather than a notch. Apple is rumored to be planning to bring the hole punch display to the 2022 flagship models, so it makes sense that after introducing new ‌iPhone‌ 14 models with the design change, it could trickle down to the ‌iPhone SE‌ a year later.

The hole punch design is something that Android manufacturers have been using for some time to maximize available display area while also leaving space for the front-facing camera. On Apple’s devices, the hole punch will replace the current notch.

Though there will presumably be few design changes to the ‌iPhone SE‌ coming in 2022, the device is expected to get an upgraded processor and 5G support, which Young says may be limited to sub-6GHz.