Apple reported Q3 2021 iPad revenue at $7.4 billion, an increase of 12% in dollar-value. Did the M1 supercharge iPad sales volumes, or is something else going on?

In July, Apple announced yet another record-breaking third quarter. As usual, the numbers were biblical, and far outpaced the forecasts of analysts and industry observers.

For the quarter, Apple’s total revenue was $81.4 billion, which represents year-on-year growth of 36.3%. That’s just $3 billion behind Q1 2019, with the first quarter traditionally being Apple’s strongest of each year.

Nestled in the middle of that huge figure is iPad sales, which for the quarter almost touched $7.4 billion in revenue. For the iPad, this represents a continuation of what was started in 2020.

The Q3 2021 iPad revenue is up 11.9% from the same quarter last year. That year-ago quarter was itself an improvement of 31% year-on-year, brought on by COVID-19 and work-from-home initiatives.

The increases in the quarter across both years are a marked departure from previous years, as iPad revenue has seemingly plateaued. It’s likely that when people buy an iPad, they hold on to it for quite a few years, probably for longer than the iPhone on average.

2020 and 2021 have reinvigorated iPad’s revenue, after years of flat growth.

During the quarter, Apple brought out a refreshed iPad Pro range, this time incorporating the M1 that is in use by the Apple Silicon Macs. With the current iPad Air having been on the market for a while now, and the lack of an updated iPad mini, it’s worth asking whether the M1 helped to drive iPad growth in the quarter.

There’s probably a simple answer to that: No.

Other iPads probably did more

We can’t really say this with any certainty, as Apple doesn’t provide a breakdown of sales by device. Apple’s decision to eliminate units sale counts also makes it nigh on impossible to extrapolate the average selling price, which would give more of a clue as to where the sales concentrate.

However, it’s more probable that the revenue raise is due to a combination of the brilliant iPad Air and the super-affordable 8th-generation iPad. The M1 is still a really tough sell to consumers, and part of it is due to the iPad Air.

While the Air exists, it’s hard to justify recommending an iPad Pro over it. Sure, it doesn’t have ProMotion, it uses Touch ID instead of Face ID, it’s a bit less powerful and it has a smaller screen, but that’s about it. 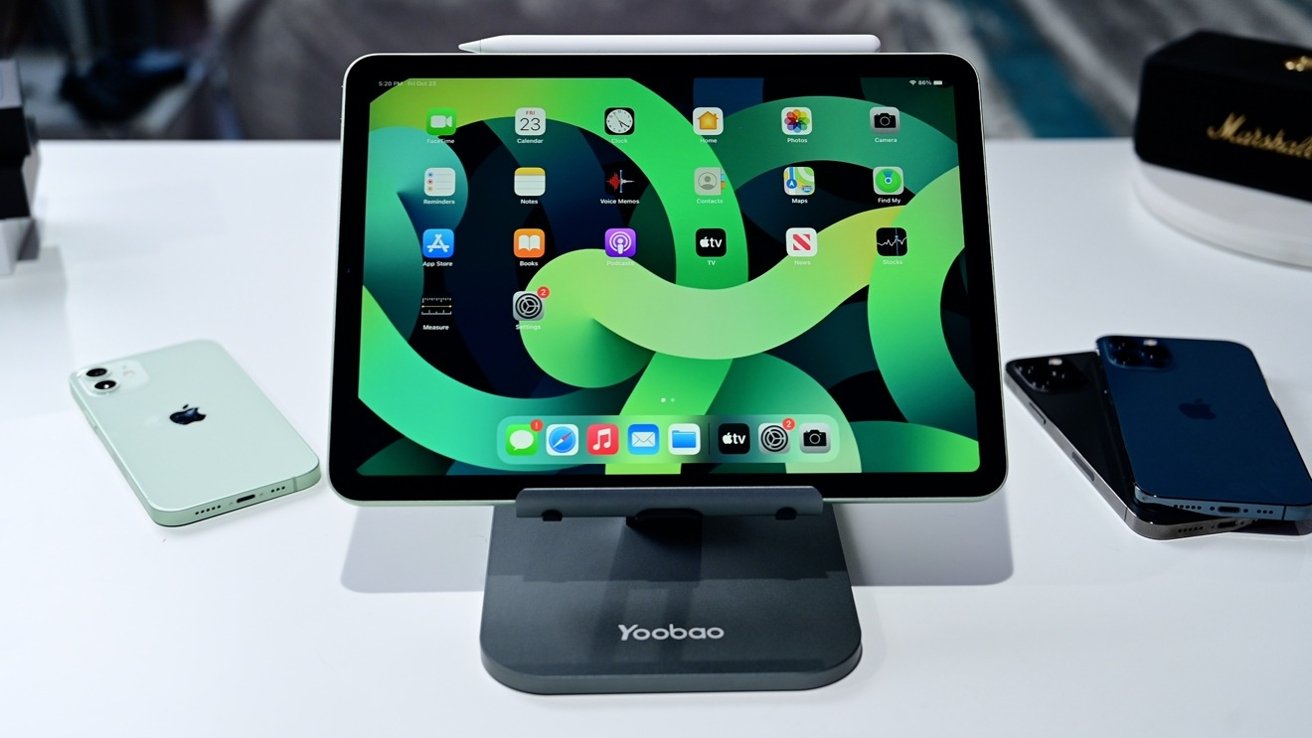 The iPad Air 4 looks like an iPad Pro and is quite powerful, but with a few small differences.

You get most of the performance in a device that’s much cheaper. At least before you start adding things like the Magic Keyboard.

It’s likely that many people who were holding off from upgrading their iPad saw the iPad Air and thought it was significant enough to pull the trigger. It’s plausible that many potential upgraders jumped to the iPad Air since October, because it was different enough to warrant the purchase.

The current iPad may be an old-fashioned design, but it’s driving revenue because it is extremely cost-effective. It is a really good deal for anyone needing an iPad, especially in the education and other volume-purchasing markets.

Some people may not be fussed about having a smaller bezel design or the latest features, and simply want an iPad, not necessarily one that pushes the boundaries. That sort of consumer doesn’t want to spend too much money.

Mobile M1 needs to be pushed

The M1 chip is brilliant, has proven itself to be superb in Macs, and it has earned its place in the Mac ecosystem. At the moment, it has this odd role in the iPad Pro lineup that can’t really push the performance of the chip.

A release of Final Cut Pro or Logic Pro for iPadOS that could really take advantage of the M1 may help justify its place in the lineup. It may also pull more creative professionals over to the new models

If that happens in the next 12 months, then iPad revenue growth could really skyrocket.