IMDb has released standalone iPhone and iPad apps for its free, ad-supported TV streaming service, meaning users looking to access its video offerings no longer need go searching for it in the standard IMDb app. 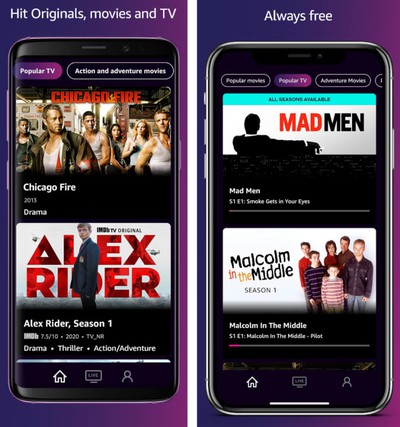 IMDb TV offers viewers free access to a range of popular shows and movies, such as “Mad Men,” “Malcolm in the Middle,” “Wolf of Wall Street,” and “How to Train Your Dragon.” It also features originals from Amazon Studios, and the company says IMDb TV has half as many ads as traditional terrestrial TV.

The Amazon-owned subsidiary originally launched the free service as Freedive in January 2019, before renaming it IMDb TV. After first rolling out to Roku, IMDb TV apps were released in March for LG smart TVs, PlayStation 4, NVIDIA Shield, and TiVo Streak 4K. The IMDb TV app is also available on Amazon’s Fire TV and as a free channel on the Prime Video app.

The launch of iOS and Android apps completes the platform rollout, and should allow the service to expand its U.S. mobile audience. A report last year suggested the company is planning to make the free service available globally, with Mexico and the U.K. possibly becoming the first regions to gain access, with more European countries and Latin America following suit.