Brendan Fraser, known for movies like “The Mummy,” “Encino Man,” and “No Sudden Move,” has signed up to take on a role in Martin Scorsese’s upcoming film “Killers of the Flower Moon,” reports Deadline. 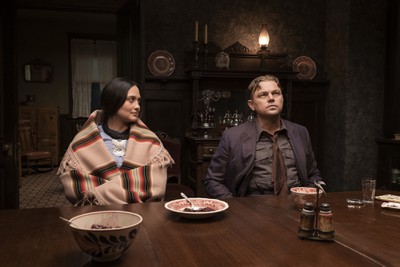 Set in 1920s Oklahoma, “Killers of the Flower Moon” depicts the serial murder of members of the oil-wealthy Osage Nation in a string of brutal crimes known as the Reign of Terror.

The film is set to star Leonardo DiCaprio, Robert De Niro, Jesse Plemons, and more, with a full list of the cast available on the Apple TV+ press page for the movie. Fraser will play lawyer W.S. Hamilton, a character in the book the movie is based on.

There is no set release date for “Flowers of the Killer Moon” at this time, but production began in February 2021 and is set to last for several months. The movie is being filmed in the Osage and Washington counties in Oklahoma.

“Killers of the Flower Moon” will be one of the most high-profile films available on Apple TV+ when it launches, and it will join existing movies like “Greyhound” with Tom Hanks, “Cherry” with Tom Holland, and “Palmer” with Justin Timberlake.

Apple is working on a slew of movies to boost the content available on its streaming television platform. Upcoming movies include “Emancipation” with Will Smith, “Bride” with Scarlet Johansson, “Snow Blind” with Jake Gyllenhaal, and “Sharper” with Julianne Moore.

‌Apple TV+‌ is priced at $4.99 per month, but Apple offers a 7-day free trial for everyone and a longer three month trial period for those who purchase a new Apple device. There are also various promotions for free ‌Apple TV+‌ access. Sony, for example, offers a six month Apple TV+ trial for those who have purchased a PlayStation 5.