Whether you’re an outdoorsy type or someone who simply likes the convenience of adding high-quality sound to a pair of everyday glasses, the second-generation Bose Frames are a nice upgrade over the company’s previous offering.

We reviewed the first-generation Bose Frames in June of 2019, noting that Bose was one of the first to take a stab at what many were calling an augmented reality “hearable.”

At the time, there was a lot of buzz surrounding the device, but no one was really sure what to make of it. Without a visual component, many people thought Bluetooth audio sunglasses were a somewhat silly idea.

However, Bose Frames have managed to get a dedicated, albeit somewhat small, fanbase — enough to warrant a new iteration of the old form. So we’re looking at the second-generation Bose Frames, specifically the Bose Frame Soprano, to see if they’re still worth the investment.

I own an original pair of Bose Frames, and I’ll be the first to say that I was surprised by how good they sound. Although they weren’t my first Bose device, that honor was bestowed to a now ancient pair of Bose Quiet Comforts, but they were my favorite.

The second generation has only managed to get better. I would say that, to my ear, the midrange has filled out noticeably more than the first generation. I wouldn’t call them “bass heavy,” and they’re not going to replace anything with active noise cancelation. Still, they sound significantly better than you’d expect audio sunglasses to sound. I’d even go as far as saying that the audio experience is better balanced than that of my AirPods Pro.

You may be wondering if there’s sound bleed with Bose Frames — the answer is yes and no. It largely depends on where you’re wearing them and how loud you’ve got the volume up.

I have worn Bose Frames nearly everywhere, and I can say that you don’t need to crank the volume to get a good listening experience. However, if you’re someone who needs your music cranked up to the maximum to enjoy it, you’ll probably want to choose something other than Bose Frames. 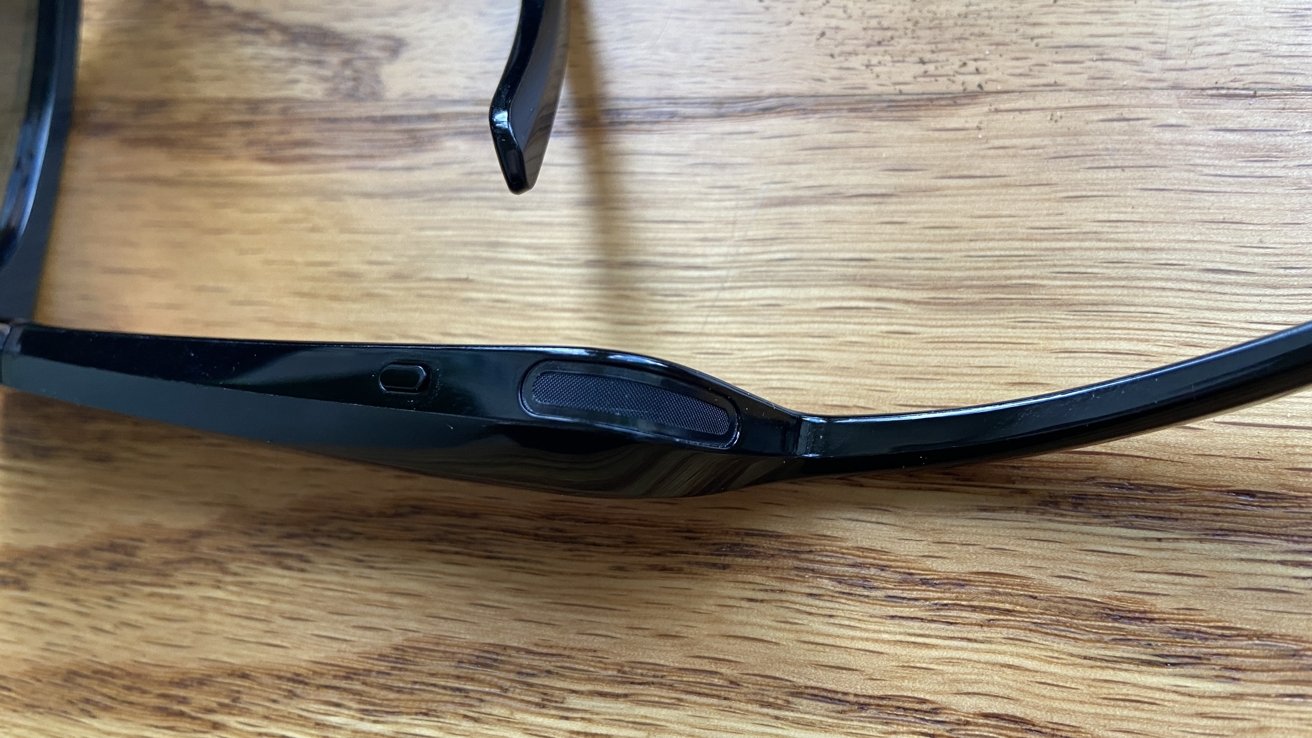 If you’re walking down the street wearing Frames, no one will hear the audio over the ambient noise. Similarly, if you’re in a restaurant, coffee shop, or store, I think that other people would be hard-pressed to hear what you’re listening to, provided you’re listening at a reasonable volume.

If you’re in the office, provided your coworkers aren’t directly on top of you, I doubt anyone would be able to hear the sound from them either.

However, I wouldn’t be so bold as to wear them in exceptionally quiet places like the library or class. These settings are the one place where you’ll definitely be able to catch a hint of sound bleed.

One issue I took with the first-generation frames was how it felt like they were digging into the tops of my ears. I could never shake the feeling that there were sharp bits of plastic digging into tender skin. However, I liked them so much that I wound up modifying them with silicone comfort tips. Now, the end of the arms on the Bose frames are too thick to slide these on, so I wound up supergluing them on. 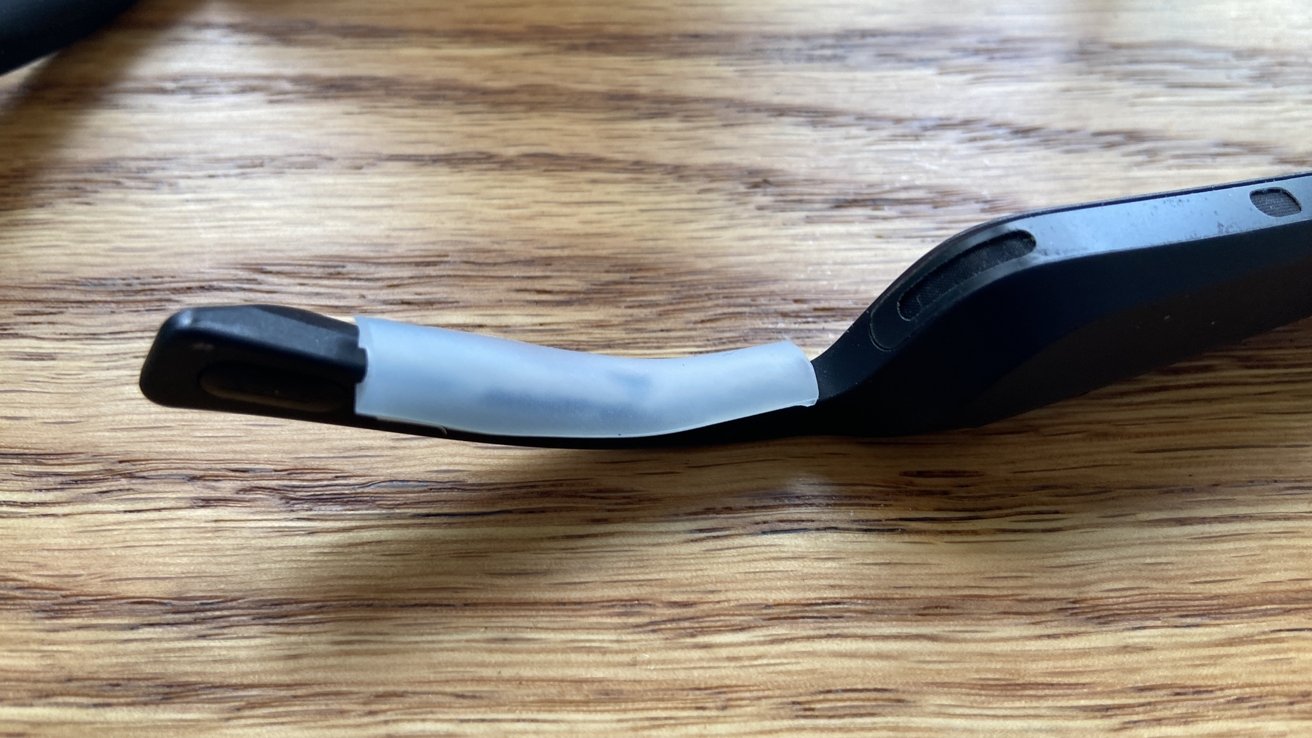 The first-generation Bose Frames Alto I “hacked” to make more comfortable. It’s not pretty, but it works.

It’s hardly a pretty fix, and those who are concerned with the “luxury” of this product are probably gasping in horror. But, if you’ve got long hair, no one is going to notice the silicone bits, and you aren’t going to constantly feel like someone is sawing off your ear.

The second-generation Frames, however, are weighted better, and the arms are smoother. As a result, I was able to wear them on a four-mile hike without wanting to take them off at any point.

Bose has also changed up how you control the audio on the second generation Frames as well. The first generation Frames required you to press a button and physically turn your head, which worked well enough but didn’t feel terribly intuitive.

The second-generation Frames have replaced the head-turn gestures with on-glasses controls. Instead, slide your finger along the right arm of the glasses to control the volume, or double-tap to call up Siri or answer an incoming call.

Wear them whether it’s sunny or not

In addition to being great sunglasses, you can also choose to make them your everyday glasses.

Bose had the foresight to make their lenses swappable, allowing you to switch between a few different lenses that Bose provides. Got a prescription? You can get lenses made through Lensabl that you can pop right into your Frames. Or, if you’re like me, you can add in some blue-blocking clear lenses that could help mitigate eye fatigue after spending too many hours at your desk. 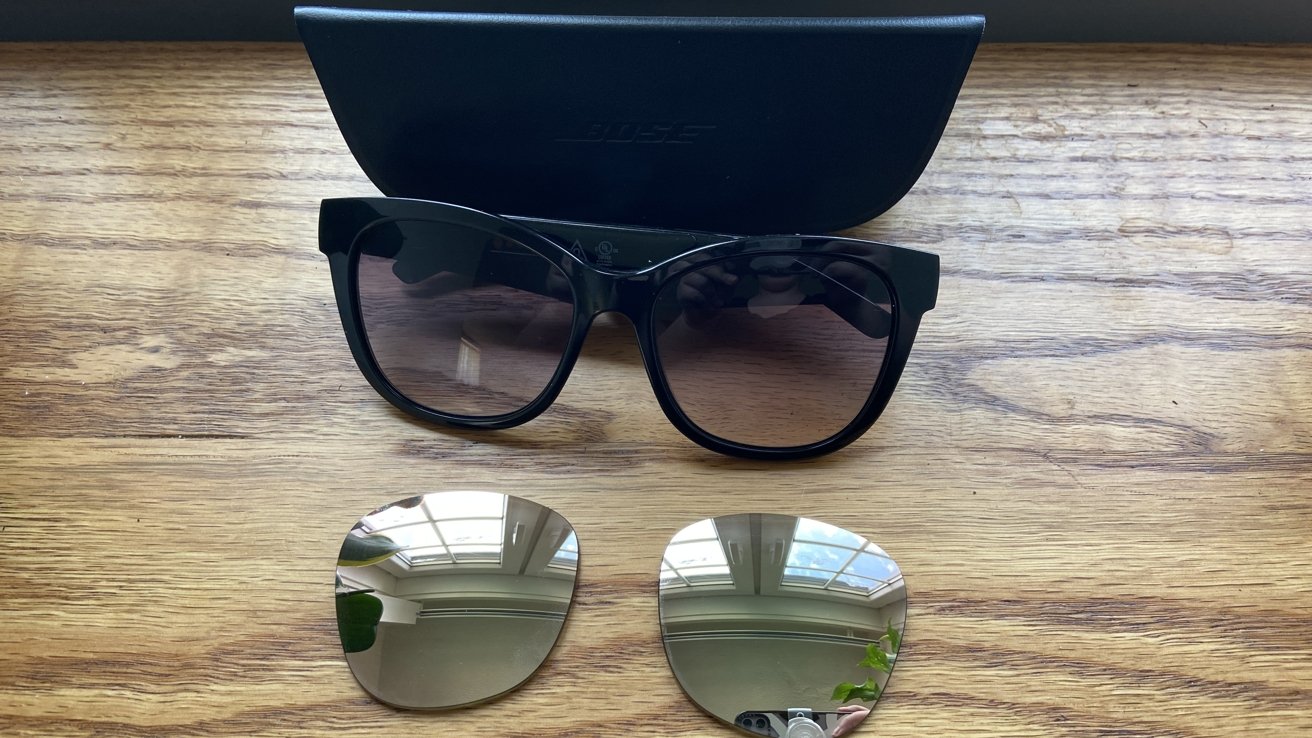 You can swap lenses in Bose frames. The mirrored lenses are polarized to reduce glare when driving.

Custom Lenses start at $77 for prescription or reading glasses, $97 for custom sunglasses or clear lenses, or $277 for transition lenses.

Also, as an aside note, we found it much easier to swap lenses in the Soprano Bose frames than we did the Altos.

One of the biggest complaints owners of the original Bose Frames had was the incredibly short battery life — topping out at about 3 hours. Bose clearly took the criticism to heart because the second-generation Bose Frames now feature up to 5.5 hours of battery life. This is a significant upgrade — almost 50% more, but we still have one last gripe.

To charge the Bose Frames, you use a small magnetic pin charger that hooks into the arm of the glasses. Unfortunately, unlike most of our other go-to wireless headphones, Bose does not provide a rechargeable carrying case. This means that once your Frames are out of battery, you’ll need to scramble to find a way to plug them in.

Many of you are probably wondering why you’d choose Bose Frames instead of something more comparably priced, like AirPods Pro. It largely depends on your use case.

If you’re an active person, you may find Bose Frames preferable. There are tons of stories of AirPods and AirPods Pro slipping out of people’s ears. I know that I’ve never been able to get them to stay in my ears during any moderately strenuous physical activity. However, I’ve biked, hiked, jogged, skateboarded, and hauled furniture from one apartment to another in my Bose Frames and haven’t had any issues.

And speaking of biking and hiking, Bose Frames are excellent for those who want to listen to music, podcasts, or make phone calls while leaving their ears open to their environment. If you’re a cyclist, Bose Frames allow you to listen to your music without physically blocking your ears. Sure, you can turn on transparency mode on your AirPods, but it’s still not the same as leaving your ears fully open. 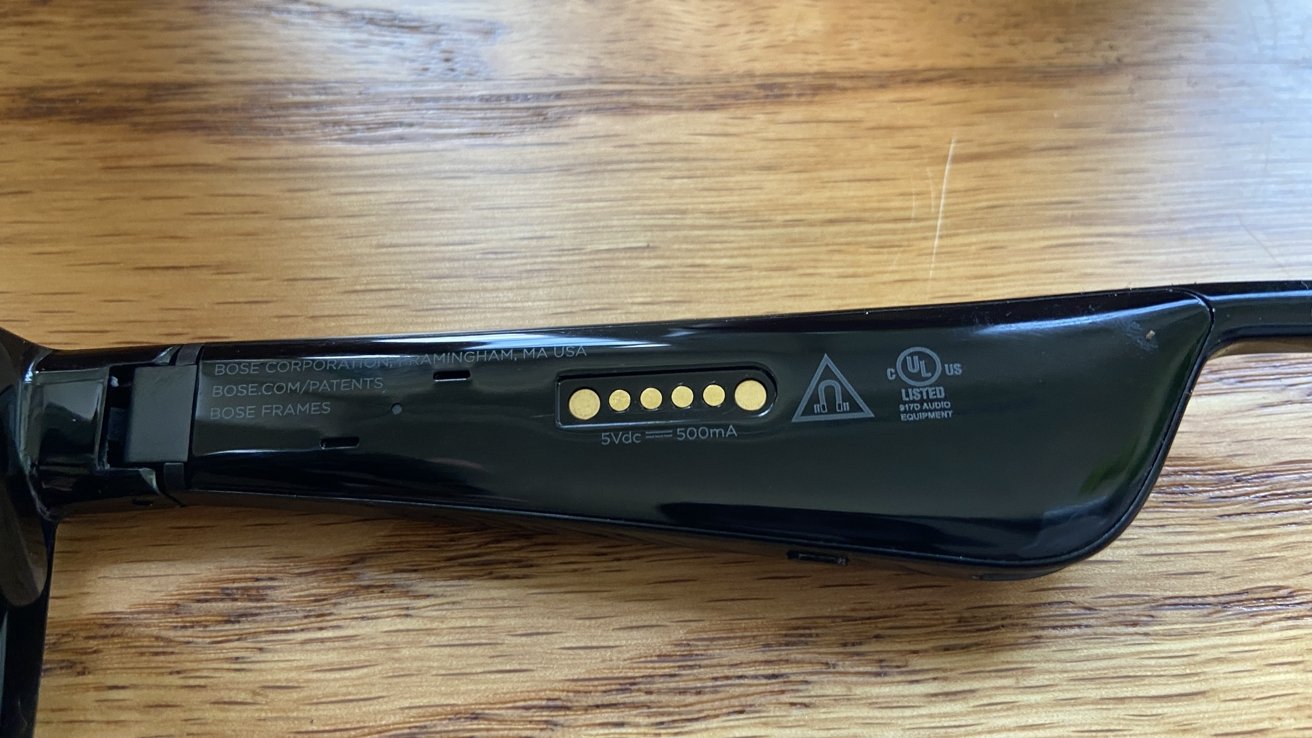 Charging the Bose Frames is still done via magnetic pins, leaving a bit to be desired

And of course, maybe you’re a person who has internal ear piercings or a person who wears an in-ear hearing aid. Perhaps you’re someone who wants to listen to podcasts at the office or while running errands without having something stuck in your ears. Bose Frames are fantastic in all of these situations.

Like nearly everything in life, it comes down to personal preference and use case. If you’re looking for something with active noise cancellation and fantastic integration with your other Apple devices, I recommend AirPods Pro. I like my AirPods Pro and I use them nearly every day. I think they’re superior for making phone calls, and the rechargeable case makes them better geared for all-day listening.

However, I also think that Bose Frames are fantastic. First, I like the fact that they keep my ears open to potential environmental dangers. Second, I like the way they look. I also enjoy wearing them out in public without appearing as aloof and unapproachable as typical on- and in-ear headphones make you look. Most importantly, I love the way they sound.