Apple is working on a “thinner and lighter” version of the MacBook Air that the company plans to release during the second half of this year at the earliest or in 2022, according to a new report by well-connected Bloomberg journalist Mark Gurman. 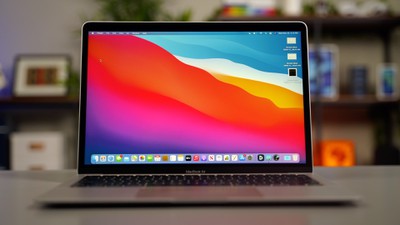 It will include Apple’s MagSafe charging technology and a next-generation version of the company’s in-house Mac processors. Apple has discussed making the laptop smaller by shrinking the border around the screen, which will remain 13-inches. The current model weighs 2.8 pounds and is just over half an inch at its thickest point.

The company considered building a larger version of the ‌MacBook Air‌ with a 15-inch screen, but Apple isn’t moving forward with this for the next generation, said the people, who asked not to be identified discussing private matters. An Apple spokeswoman declined to comment.

‌MagSafe‌ is the name once used for the breakaway magnetic charging cables designed for the MacBook. ‌MagSafe‌‌ was fully phased out of the Mac lineup, and the last machine with ‌‌MagSafe‌‌, the 2017 ‌MacBook Air‌, was discontinued by Apple in July 2019.

According to the report, the new 13-inch ‌MacBook Air‌ model will also have a pair of USB 4 ports for connecting external devices. The current ‌MacBook Air‌, upgraded in November with Apple silicon, is expected to remain in the company’s lineup as an entry-level offering.

Apple analyst Ming-Chi Kuo has previously said that Apple will introduce a new ‌MacBook Air‌ at some point in 2022, suggesting there may not be a refresh in 2021. According to Kuo, the ‌MacBook Air‌ coming in 2022 will feature a mini-LED display, a prediction also echoed by DigiTimes.

Kuo also recently claimed the ‌MagSafe‌ charging connector design will be restored to Apple’s MacBooks in future designs, though it was not quite clear what that meant since Apple has transitioned to USB-C. However, Gurman in a separate report clarified that the ‌‌MagSafe‌‌ port will be a standalone charging port used instead of USB-C, with the new port located next to the USB-C ports.