Apple is investigating ways to join images from many iPhone cameras, and optionally to control all those devices simultaneously to capture a 360-degree image.

As Apple continues to research periscope cameras for the next iPhone, newly-revealed patent applications show that it is looking to leverage multiple cameras on multiple devices.

“System For Producing A Continuous Image From Separate Image Sources,” is concerned with synchronising multiple iPhones, and then combining images together on one.

“A photographer, videographer, or other person may desire to capture images using several image-capture devices,” says Apple, “and combine the images captured by each of the individual devices into one continuous image.”

“The combined, continuous image may have a greater field-of-view and include more image data than the individual images captured by the image-capture devices,” continues the patent application.

The issue of using multiple devices could simply mean utilizing everyone’s cameras in a group, like family sharing. However, Apple’s patent application also describes options for how to physically mount several iPhones in such a way that it maximizes the 360 coverage — and minimizes overlap.

Apple describes this physical mount as an “image-capture unit structure,” and says the purpose is to support cameras “in fixed positions relative to each other.” The idea is that these iPhones — or other devices — would be “disposed radially around a central axis of the image-capture unit.” 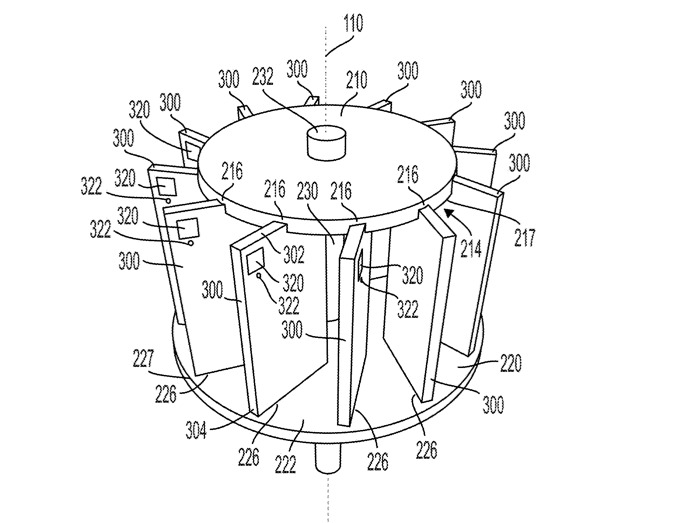 The purpose is that such a structure would give each camera “at least a 30-degree angle with a radial line extending from the central axis” where they overlap, and in total “comprise a 360 degree field-of-view.”

If all of the devices are the same model iPhone, that kind of structure would mean each camera producing an image that was of the same quality. That would simplify the job of stitching images together, but Apple points out that this system can’t assume everyone has the same device.

“One factor that contributes to the overall quality of an image captured by an image-capture device is the resolution (e.g., number of pixels) of the image,” says Apple, “which may be limited by the size and configuration of the image sensor.”

Consequently the majority of Apple’s patent application concerns how to “capture large, high-resolution images” and then compare and combine the overlapping portions of the images together… such that a single, continuous image is formed.”

The intention is that this combined image would present a single 360 shot where it’s not possible to discern the joins. For most photographs, especially exteriors, variations in lighting mean that creating such a single image is best done with each part being captured simultaneously. 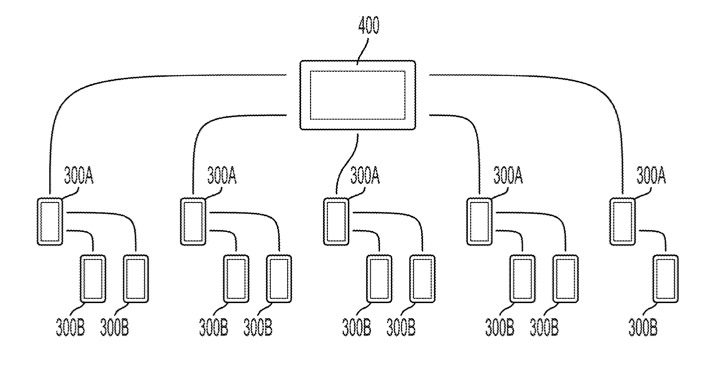 So while keeping the patent application as broad as possible, Apple suggests that multiple iPhones could be connected over a local Wi-Fi connection.

In whichever way the iPhones are connected, the idea is that one person would trigger all of the cameras at once. Alongside the housing structure, then, Apple also proposes ways of using an iPad to monitor and control all of the devices.

This patent application is credited to four inventors, including David M. Foster. His previous work, mentioned in this application, concerns a stand or structure for multiple devices.