Following the release of iOS 14.5.1 last week, Apple has stopped signing iOS 14.5, the previously available version of iOS 14 that was released in late April. With iOS 14.5 no longer being signed, it is not possible to downgrade to iOS 14.5 if you’ve already installed iOS 14.5.1. 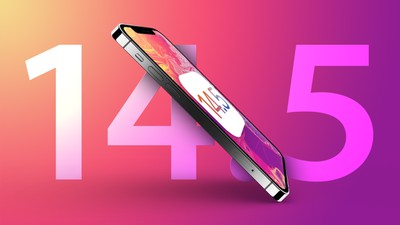 Apple routinely stops signing older versions of software updates after new releases come out in order to encourage customers to keep their operating systems up to date.

iOS 14.5 was a major update introducing a whole slew of new features from an option to unlock an iPhone with an Apple Watch while wearing a mask to Apple Maps accident crowdsourcing. The software also added dual-SIM 5G support, new emoji, AirTag support, and tons more.