Rumors that Apple intends to launch a new Apple TV have been around for some time, with the headlining feature being a more powerful processor for gaming and all-round performance benefits. However, alongside a new powerful chip, new evidence is pointing towards a possible new ‌Apple TV‌ remote also shipping alongside the TV set-top box. 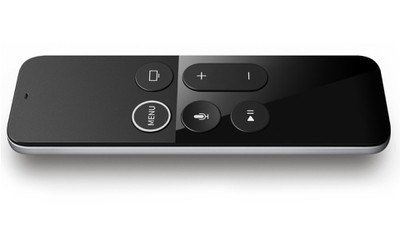 According to a
report from
9to5mac, citing people familiar with Apple’s plans, the company has been developing a new ‌Apple TV‌ remote under the codename “B519,” which differs from the current “B439” codename for the existing remote. Specifics on what to expect from the new remote aren’t provided; however,
9to5mac believes the changes will be “significant.”

The last time Apple updated the remote was with the ‌Apple TV‌ 4K in 2017, when the company added a white border around the Menu button. However, the remote has remained unchanged since, while its slimline design and lack of physical navigation buttons continues to divide users.

MacRumors recently discovered that within the tvOS 14.5 beta, Apple has renamed the remote from “Siri Remote” to “‌Apple TV‌ Remote” in multiple instances across the system. The system-wide change in wording could indicate that the new remote will have less of a focus on ‌Siri‌ and instead be designed around more traditional content navigation and other TV functionality.