Apple today released watchOS 7.3.1, a minor update to the watchOS 7 operating system that was released in September. watchOS 7.3.1 comes a couple of weeks after the release of watchOS 7.3. 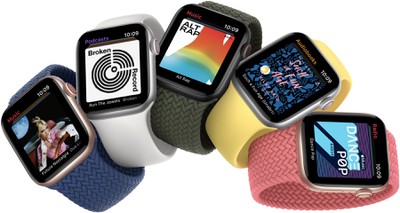 ‌‌The watchOS 7.3.1 update‌‌ can be downloaded for free through the dedicated Apple Watch app on the
iPhone by going to General > Software Update. To install the new software, the Apple Watch needs to have at least 50 percent battery, it needs to be placed on a charger, and it needs to be in range of the ‌‌‌‌‌‌‌iPhone‌‌‌‌‌‌‌.

According to Apple’s release notes, the watchOS 7.3.1 update introduces a fix for an issue that prevented some Apple Watch Series 5 and SE models from charging after entering Power Reserve mode.

watchOS 7.3, the prior update, brought a Time to Walk feature for Apple Fitness+, expanded ECG functionality to new countries like Japan, and added a new Unity watch face. Apple is also working on watchOS 7.4, a major update that allows the Apple Watch to be used to unlock an ‌iPhone‌ when wearing a mask.