Apple has today announced the launch of a new combination podcast and Apple TV+ show titled “The Line” (via Variety). 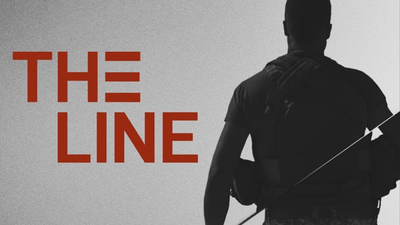 The Line encompasses two non-fiction series, including a six-part non-fiction podcast and a four-part limited documentary series on ‌Apple TV+‌.

The multi-media series is set to expose “previously untold aspects” about the story of former Navy SEAL Eddie Gallagher, who was charged in 2018 with committing war crimes in Iraq, before being acquitted on all but one minor count and being given a presidential pardon. The series will examine the complicated realities involved with fighting a decades-long war and look at counterterrorism efforts in the Middle East.

The podcast series is hosted by Dan Taberski and features one-on-one interviews with Gallagher himself, as well as with more than 50 current and former special operators in the military. The ‌Apple TV+‌ series will expand on the content of the podcast with “never-before-seen-footage.”

The first two episodes of The Line podcast are available now, while the ‌Apple TV+‌ series will premiere later this fall. The following four podcast episodes will premiere weekly each Tuesday until May 4.

Apple has launched podcasts to accompany the ‌Apple TV+‌ series “For All Mankind” and “Oprah’s Book Club,” but this is the first explicitly multi-media series from the company. Apple has ramped up its podcast production output over the past year, and is rumored to be working on a podcast streaming subscription service to better compete with Spotify.