In celebration of the New Year, Apple has announced that it will be holding a two-day shopping event in Japan on January 2-3, offering customers a free Apple Store gift card with the purchase of select products. This promotion is similar to Apple’s four-day shopping event held between Black Friday and Cyber Monday in the United States. 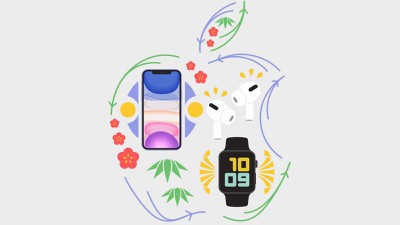 In a
tweet spotted by
Mac Otakara, Apple says the gift cards will be worth up to ¥18,000, or roughly $175. (The
promotion page has since gone live with a complete list of eligible products and gift card values.)

Apple has also marked the Japanese New Year with a new ad highlighting how the App Store can help people get off to a good start in 2021.