Apple is researching having adjustable lenses in “Apple Glass,” which detect a user’s eyesight and reconfigure themselves to present the clearest vision.

Apple has previously been granted a patent to do with swapping out different lenses to suit wearers of an “Apple Glass” type of device. That patent even suggests mounting an iPhone at different positions in front of a user’s eyes.

Now, however, Apple has also been granted a patent for what could form the basis of an “Apple Glass” device which does not require swapping lenses. This is potentially hugely significant because it could mean Apple having to only manufacture, ship, and stock a single version of “Apple Glass,” instead of multiple different ones.

“Adjustable lens systems,” is the newly-granted patent, and it is chiefly concerned with measuring eye characteristics, and moving lenses to match.

“The adjustable lenses may be liquid crystal lenses,” says the patent. “A camera and other sensors in the head-mounted device may monitor the eyes of the user and gather other information.”

That “other information” would be “measured characteristics of the eyes of the user such as interpupillary distance and direction-of-view.” Apple has already filed a patent regarding a system where “Apple Glass” detects where you are looking, or if you are distracted.

The patent describes methods of changing the orientation to “the liquid crystals in a given pixel,” and also to how quickly that adjustment can be made. 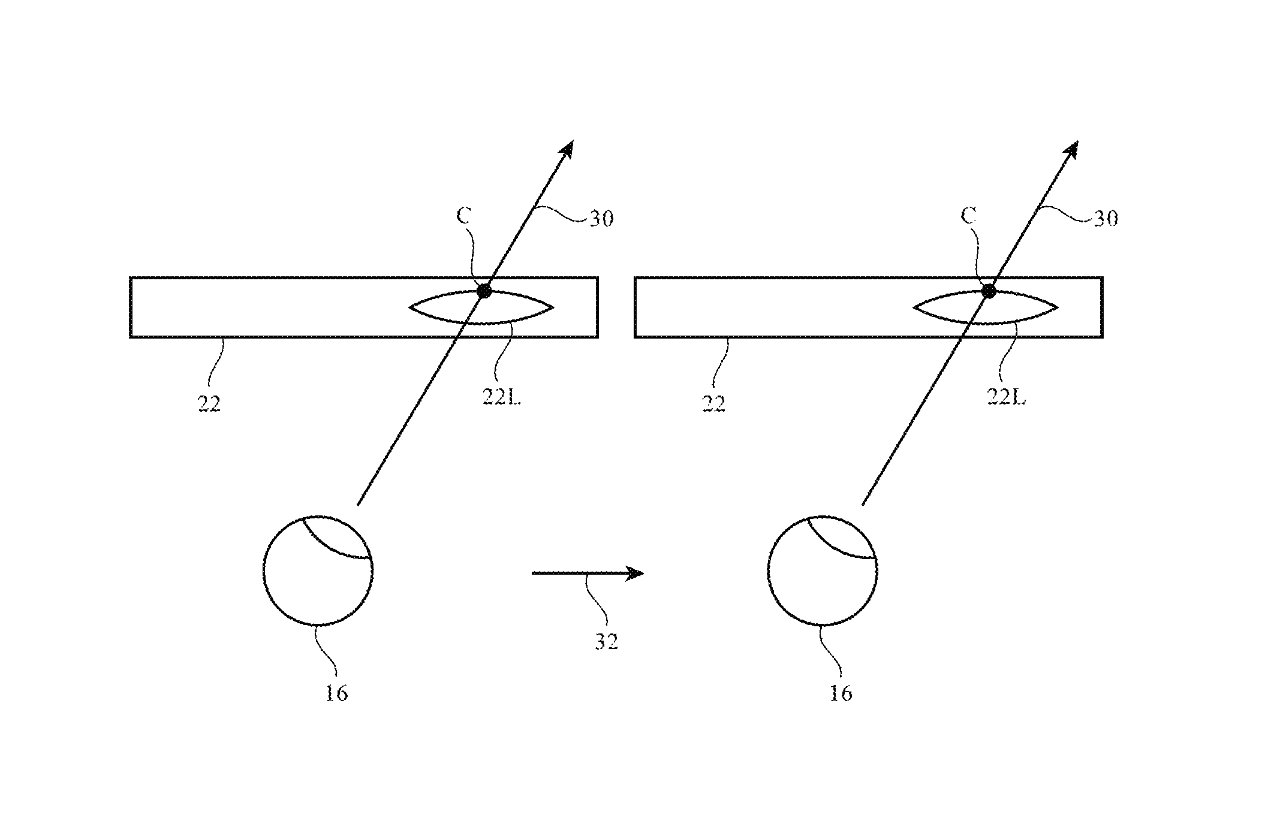 Detail from the patent showing one arrangement of lenses

Apple doesn’t describe when such adjustments would take place. It’s possible, then, that it could be made to be a continuous process and that, “Apple Glass” would constantly adapt to a wearer’s eyesight.

It isn’t much of a stretch to imagine that the system could also record the adjustments it makes. And so there may be health benefits as, over time, it detects eyesight deterioration.

This patent is credited to five inventors, including Giovanni Carbone, and Graham B. Myhre. Their previous related work includes making “Apple Glass” be able to tell when you’re distracted, or paying attention.

Separately, Apple has previously been granted a patent for what it describes as a “tunable lens.” This would also adjust the lenses, but by using fluids to deform their shape to suit a wearer’s eyesight.