According to research firm IDC (via GizChina), Apple dominated the smartphone market in Japan over the fourth quarter of 2020, with the iPhone brand accounting for over half of all phone sales in the country. 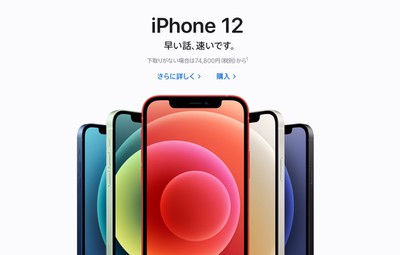 As per the report, the mobile market reached 11.432 million shipments in Q4 2020, and 52.6% of all smartphone sales in Japan were iPhones, substantially contributing to a 10.6% year-on-year growth for the country’s mobile market as a whole.

Apple’s shipments totaled 6.015 million units in Japan, a 13.8% year-on-year increase in shipments, thanks mostly to the company’s release of its 5G-capable iPhone 12 series. 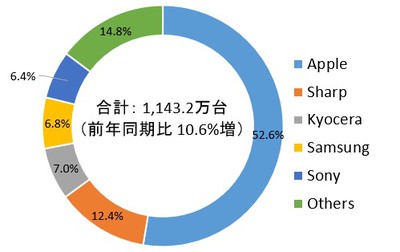 Samsung took fourth position with a 6.8% slice of the market, shipping 781,000 units, followed by Sony – traditionally a Japanese brand favorite – which came in fifth with 732,000 shipments and a 6.4% share, with other smaller brands making up the rest of shipments.

Despite a delay in the launch of the ‌iPhone 12‌ series in Japan due to the global health crisis, Apple remained the undisputed champion mobile brand in the country, where iOS regularly accounts for over 60 percent of the operating system market, compared to 50 percent of the market in the United States. Japan also regularly comes out top in terms of countries where ‌iPhone‌ models are least expensive.