Apple CEO Tim Cook has fallen to eighth place on a list of the highest-paid CEOs and executives in the United States last year despite earning more than the previous year, according to Bloomberg. 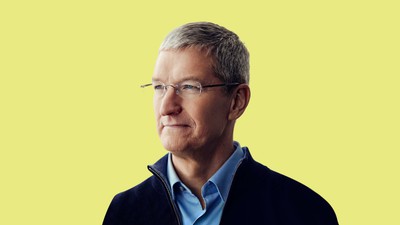 Cook was paid $265 million in 2020, mainly comprising stock awards and a bonus as in previous years, making him the eighth highest-paid executive in the United States. Last year, Cook was paid compensation of $133.7 million, but ranked second after Tesla CEO Elon Musk, who was paid $595.3 million.

Cook has overseen Apple’s rise to become the most profitable company in the world this year with revenue of $274.515 billion and profit of $57.411 billion, according to the Fortune Global 500 rankings.

In 2020, Cook was surpassed in terms of pay by the COO of Oak Street Health, the CEO of Palantir Technologies, the CEO of Opendoor Technologies, and the Co-CEOs of GoodRX Holdings. Elon Musk again overwhelmingly topped the list with compensation amounting to $6.658 billion.

Last month, it was alleged that Musk demanded to become the CEO of Apple as part of early discussions around a potential Apple acquisition of Tesla, though Musk denies this.