Apple today announced that it will be celebrating Black History Month with curated content that highlights and amplifies Black creators, artists, developers, and businesses across the App Store, Apple Music, the Apple TV app, Apple Books, Apple Podcasts, and more. The content will be featured throughout the month of February. 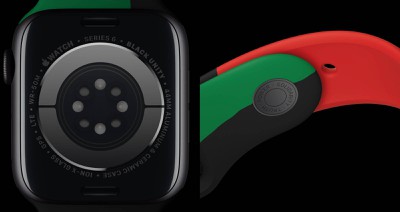 Apple also introduced a limited-edition Apple Watch Series 6 inscribed with “Black Unity” and a “Black Unity” Sport Band, both of which will be available online and in store from Apple and Target beginning February 1 in the United States and 38 other countries. Apple says the Watch will be available in February, with pricing starting at $399, while the Sport Band will be priced at $49 and will remain available throughout the year.

The limited-edition Apple Watch is complemented by the new “Unity” watch face in watchOS 7.3, which Apple confirmed will be released later today.

Apple’s press release provides a detailed look at what is in store across Apple’s products and services throughout February.