Amazon has announced it is acquiring Wondery, the podcast startup that reportedly held talks with Apple last month as it shopped for a buyer. 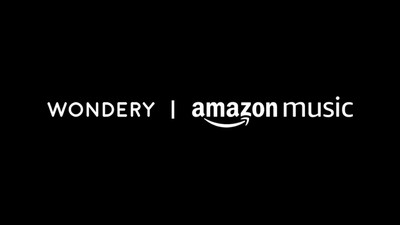 In a
press release, Amazon said that Wondery had signed an agreement to join Amazon Music, bringing popular podcasts like “Dirty John” and “Dr. Death” into the streaming service’s existing podcast offering.

We’re pleased to announce that Wondery has signed an agreement to join Amazon Music. Wondery is an innovative podcast publisher with a track record of creating and producing top-rated podcasts that entertain and educate listeners, including “Dirty John,” “Dr. Death,” “Business Wars,” and “The Shrink Next Door.” Wondery is already delighting listeners with its collection of immersive podcasts, and the company is evolving this entertainment medium into a truly new and exciting experience.

A Wondery purchase would have provided Apple with a library of original content along with a source for ideas that could be turned into TV shows in the future. Wondery is currently working on TV shows based on podcasts, including a WeWork series that will premiere on Apple TV+.

Wondery was said to be looking for $300 to $400 million, and it’s possible that this price tag was too high for Apple. Regardless, Amazon’s acquisition of the startup will make it another serious competitor in the podcasting space alongside the likes of Spotify.

Apple plans to better compete with Spotify when it comes to podcasts, and rumors have suggested that Apple is looking to buy original podcasts. Apple has been looking for podcasts that could be adapted into ‌‌Apple TV+‌‌ content, and it also plans to create podcasts that will augment its TV shows.

Apple has already purchased podcasting companies. In 2017, it bought Pop Up Archive to improve search, and in early 2020, it bought podcasting service Scout FM, which turns podcast shows into radio-style stations.

Amazon says that when the deal closes, nothing will change for Wondery podcast listeners, as the podcasts will continue to be available through a variety of providers, which puts the deal in contrast to other recent podcast acquisitions where the deal has been closed based on an agreement that the content becomes exclusive to the buyer.