Apple wrapped up last year with the launch of four new iPhone models — the most it had ever released at once. 2021 has been quiet so far on the Apple hardware front, but March is just around the corner, and with a number of rumored products still outstanding, we expect there to be an event of some kind next month.

Apple has yet to publicly announce anything, but on Friday, Front Page Tech host Jon Prosser took to Twitter to claim that Apple’s Bluetooth trackers (AirTags) “are still on for March.” There were reports that the accessories might launch in 2020, but that didn’t happen. Prosser says that he hasn’t “heard of any further delays this time.” He also responded to a comment asking about the next iPad Pro and suggested that it would be revealed in March as well. 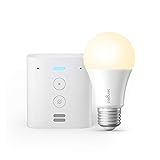 In October, Prosser said this on Twitter: “Sure looks like we’re getting AirTags for sure at the November event.” The November event ended up focusing solely on Apple’s new M1 processor and the Mac computers that would feature the homegrown chip. Prosser has a very respectable track record, but either his sources for AirTags rumors have been questionable, or Apple has repeatedly changed its plans for the device at the last minute.

AirTags are still on for March.

Haven’t heard of any further delays this time. 🤞

Similarly, as MacRumors points out, Prosser has previously claimed that new iPad Pro models would launch before the end of 2020, which didn’t end up happening. Of course, Prosser also correctly predicted the release dates of the iPhone SE last April, the MacBook Air last May, and the new iMac last August.

Apple has yet to even hint at a hardware reveal event for 2021, but March events are par for the course, and if the rumors are accurate, Apple has a number of devices that are either ready to roll out or close to it, so it certainly wouldn’t be a surprise to see the company announce multiple products before the end of March.