AirPods held a disproportionately large share of the global wireless headset market in 2020, according to a new report by Strategy Analytics. 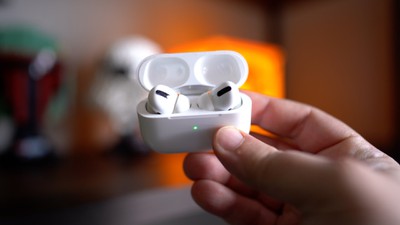 With sales of over 300 million units, the True Wireless Stereo (TWS) Bluetooth headset sales market grew by almost 90 percent last year. Apple’s ‌AirPods‌ own almost half of the entire market, with the rest being made up of a large number of companies with individually small shares. 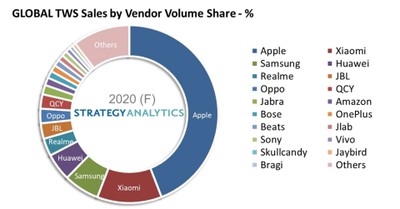 In spite of Apple’s dominance, Strategy Analytics notes that its lead is shrinking as competition intensifies:

“Apple maintained a commanding lead in the TWS segment in 2020, but its commanding share is shrinking as competition intensifies. Strong competition is expected from Xiaomi, Samsung, and Huawei in 2021,” said Ken Hyers, Director at Strategy Analytics. “The TWS headset market is already hugely overcrowded and despite a strong sales outlook, there will inevitably be consolidation in the years ahead.”

It is expected that there is still “plenty of potential in the broader Bluetooth headset market,” due to low penetration and an install base that remains small. According to Ville-Petteri Ukonaho, Associate Director at Strategy Analytics, “less than one in ten people own a Bluetooth headset globally, so there is still significant room for growth.” In addition to this, as vendors move away from bundling wired headsets with new smartphones, Strategy Analytics foresees considerable growth potential in the market.