the world is opening up again, but on a sizzling summer day you might still want to stay inside with the shades drawn and the box fan ticking away. Amazon Prime Day brings with it tons of deals to help you build or upgrade your own indoor gaming oasis. It was seriously hard to pare this list down, but we managed it. Here are the very best Prime Day deals on gaming accessories.

Note: We regularly update articles and or rise in price as of publishing, and we calculate discounts based on recent product pricing or average price, not MSRP. Be sure to check discounts for yourself. Our picks come from research and our extensive experience reviewing products You’ll need a subscription to Amazon Prime to get most of these deals.

If you buy something using links in our stories, we may earn a commission. This helps support our journalism. Learn more.

One of the launch titles for the PS5, and easily the best Spider-Man game in years, Spider-Man Miles Morales follows the adventures of Miles Morales as he takes over for Peter Parker as Spider-Man. It’s a follow up to the wildly popular Marvel’s Spider-Man and includes a totally new story, new powers, and a bangin’ new soundtrack. The Ultimate Edition includes a code for a remastered version of the original game.

Before you jump on this recent release, keep in mind it’s super hard. Like Dark Souls hard. That said, it’s also a blast. Shoot your way through hordes of monsters while you unravel the mysteries of an alien world trapped in a time loop. Just keep in mind you’ll die, a lot. It’s okay though, that’s part of the fun.

Speaking of difficult games designed to be punishing, Demon’s Souls is another killer game that really gives you the next-gen experience. It’s a complete remake of the PS3 classic, but with the benefit of modern gameplay improvements, and lavishly detailed graphics. The story can be a bit labyrinthine, but if you’ve ever played a Dark Souls game you’ll be right at home with the cryptic, creepy worldbuilding and delightfully strange characters you’ll encounter.

My favorite Assassin’s Creed game since Assassin’s Creed 2, this new entry takes you to the British Isles during one of many Viking incursions. You take on the role of Eivor Wolf-Kissed, a Viking raider seeking riches in the rolling hills of ancient England. It’s one of the most beautiful games of the recent generation too, the verdant landscapes studded with Roman ruins are characters in themselves and lend an immersive sense of place to the game world. Also available on PS4 and PS5.

This turn-based Nintendo Switch title is all about strategy. Choose a world leader and carefully manage resources, move units, construct world wonders, and squash your enemies. Will you beat other political figures in a space race? Fight for the strongest military? Cultivate the richest culture? It’s up to you to decide.

JBL’s non-wireless version of this headset, the Quantum One, made it onto our Best Gaming Headsets list, impressing with its killer spatial surround-sound system. This version cuts the wires and adds active noise-canceling technology to block out your surroundings. The headset itself is bright and colorful, with pulsing lights beneath frosted plastic. It’s a bit bulky, but it’s so immersive you won’t even notice. If you want to spend even less, the Quantum 600 doesn’t have ANC and isn’t as robust, but it’s on sale for $100 ($50 off). And if you don’t care for wireless, the Quantum 300 is a solid wired alternative for $40 ($40 off). Works best with PC.

This is the best gaming headset under $50, and the Prime Day price matches the best one that we’ve seen. It’s comfortable, with good sound quality and a removable mic, and overall it feels like it should cost much more than it does. (Especially today.) Works with all systems.

Logitech’s G935 wireless gaming headset is as soft and cushiony as it is big and blue. It’s comfy enough to wear all day, and thanks to its internal surround system, it does a great job of bringing in-game environments to life. Works best with PC.

Simple and straightforward, Razer’s Kraken headsets are a tried and true choice if you’re looking for a lightweight gaming headset with big comfy ear cups for those long gaming sessions. Works with all systems.

Rectangular ear cups and Logitech blue vibes make the G432 stand out from any crowd. The microphone is the real star here, producing super clear sound without picking up too much background noise. Great for anyone with roommates. Works best with PC.

The Cloud Alpha S is a solid all-around gaming headset. It has comfortable ear cups and a mic that picks up your voice without any annoying background noise, and it includes 7.1 surround sound. Works with all systems.

The Cloud Flight S is the gaming headset for anyone who wants all-day comfort, rich sound, a detachable microphone, and wireless capability. These cans are among our favorites and for good reason. If there were a platonic ideal gaming headset, it’d be the Cloud Flight S. Works best with PC and PlayStation.

Nothing can make or break a desktop PC setup like the wrong keyboard. A few of these picks are in our Best Gaming Keyboards guide.

This is one of our favorite gaming keyboards, partially because it has so many baked-in bells and whistles. RGB lighting? Customizable switches down to the individual key level? Clicky, tactile mechanics? Check, check, and check. It doesn’t hurt that this is one of the best prices we’ve ever seen for it.

This board uses Cherry MX Speed Silver key switches, which have a linear key travel ideally suited to fast-paced twitch games, such as first-person shooters. Whereas many gaming keyboards omit the number keypad to save space, this one has the full gamut of number keys, which will come in handy if you’re an RPG player who maps actions to number keys.

Black Widow keyboards are all about that straightforward, elegant style. It has squared-off edges, solid footing, a braided cable, and bright but never muddy RGB lighting.

Another personal favorite, this tiny little keyboard will fit on a desk of any size and look cute doing it. With backlit keys and a durable braided cable, it’s a great choice for a battle station or a family computer. Because of its small size, you’ll have extra room for your big mousepad.

You’re spoiled for choice when it comes to Prime Day deals on a gaming mouse. Tons of our favorites are on sale right now, and we’ve highlighted a few here. Read our Best Gaming Mouse guide to see more of our top picks, and check out Matt Jancer’s rave on why an ergonomic mouse will save your wrist, even if you don’t game.

We’ve been impressed with Razer’s Viper lineup, and the Ultimate Wireless version most of all. It has the narrow-body form factor we love, the super-sensitive optical sensor, and it’s wireless. The dongle is super tiny and won’t take up a port-and-a-half like others. In fact, it has a compartment in the belly of the mouse to stow the dongle, making it a great pick for laptop gamers.

Gone are the days when using a wireless mouse instead of a wired one meant lag and skipping mouse cursors. Logitech’s Lightspeed wireless connection has a response rate of only one millisecond. This is the mouse used by both WIRED reviewer Matt Jancer—its ergonomic shape helped eliminate his wrist pain—and WIRED games writer Cecilia D’Anastasio.

The 650 Quantum has all the charm of a robotic mech suit. It looks like it’s from the future. Two seams of LED lighting flow up the narrow body of the mouse to the super-clicky buttons. It’s all covered in a soft-touch coating too, so it feels ultra-comfy on your palm.

OK, a light-up mousepad isn’t something anyone’s gaming setup really needs, but it is super cool. The surface is nice and slick, and just about any mouse we tried glided effortlessly across it. Not to mention those RGB lights.

The Viper Mini is an adorable little thing, and it’s a perfect pick if you have smaller hands or find most gaming mice too long for your fingers. It’s also a great pick for laptop and mobile gaming because it fits into a bag so easily. It’s also dirt cheap.

Another budget-friendly option, this is the best cheap gaming mouse. It’s only $20, but it packs premium features like customizable RGB and extra thumb buttons, and the sensitivity should be fine for most people. This is the best price we’ve seen all year.

The Pulsefire Surge is easily one of our favorite mice. It’s understated, super comfortable to use, and has a single seam of RGB lighting around the body of the mouse. If you’re looking for a gaming workhorse but don’t want to spend too much, this is a great pick.

Read our guides to the Best Switch Accessories, Best PS5 Accessories, and Best Gifts for Xbox Gamers for more recommendations.

The Switch Lite usually costs $200, so you might not think of this as much of a deal, but this bundle comes with a SanDisk 128-gigabyte MicroSD card that usually goes for $23. You’re effectively getting lots of extra storage for free. If you plan on mostly buying digital versions of games, a memory card comes in handy. Most people will only need about 128 gigs, but if you have an extensive game library you might want to step up to 256 GB.

Give yourself a hand in more action-oriented games by pairing Nintendo’s official wireless controller with your Nintendo Switch. Controllers can also reduce hand fatigue in slower-paced games too. Each controller will give you 40 hours of playtime before needing a recharge.

This controller has the undeniably cute aesthetic of Animal Crossing: New Horizons. The joysticks, bumpers, and buttons will all work seamlessly with your Nintendo Switch, and at only $21, this is much more affordable than some drabber options on the market. We generally like PowerA gear.

Frequently play your Switch in handheld mode? You’ll know how annoying it is when the battery runs low. This battery pack can recharge it as you play, but it also can replace your Switch’s dock. The HDMI-out port lets you hook it directly to a TV—handy if you’re in a hotel.

If you play video games on an Xbox console or PC, this subscription is well worth it. It includes Xbox Live Gold, which lets you play online multiplayer on Xbox consoles, and Game Pass. The latter nets you unlimited access to more than 100 PC console and PC games, and new games are routinely added to the list. Titles from Xbox Game Studios are added on the same day they’re released. It’s typically $15 per month, but this deal offers three months for the price of two. If you want to try it for one month, you can for just $1.

If you’d like to check more deals yourself, here are some links to sales going on this week. 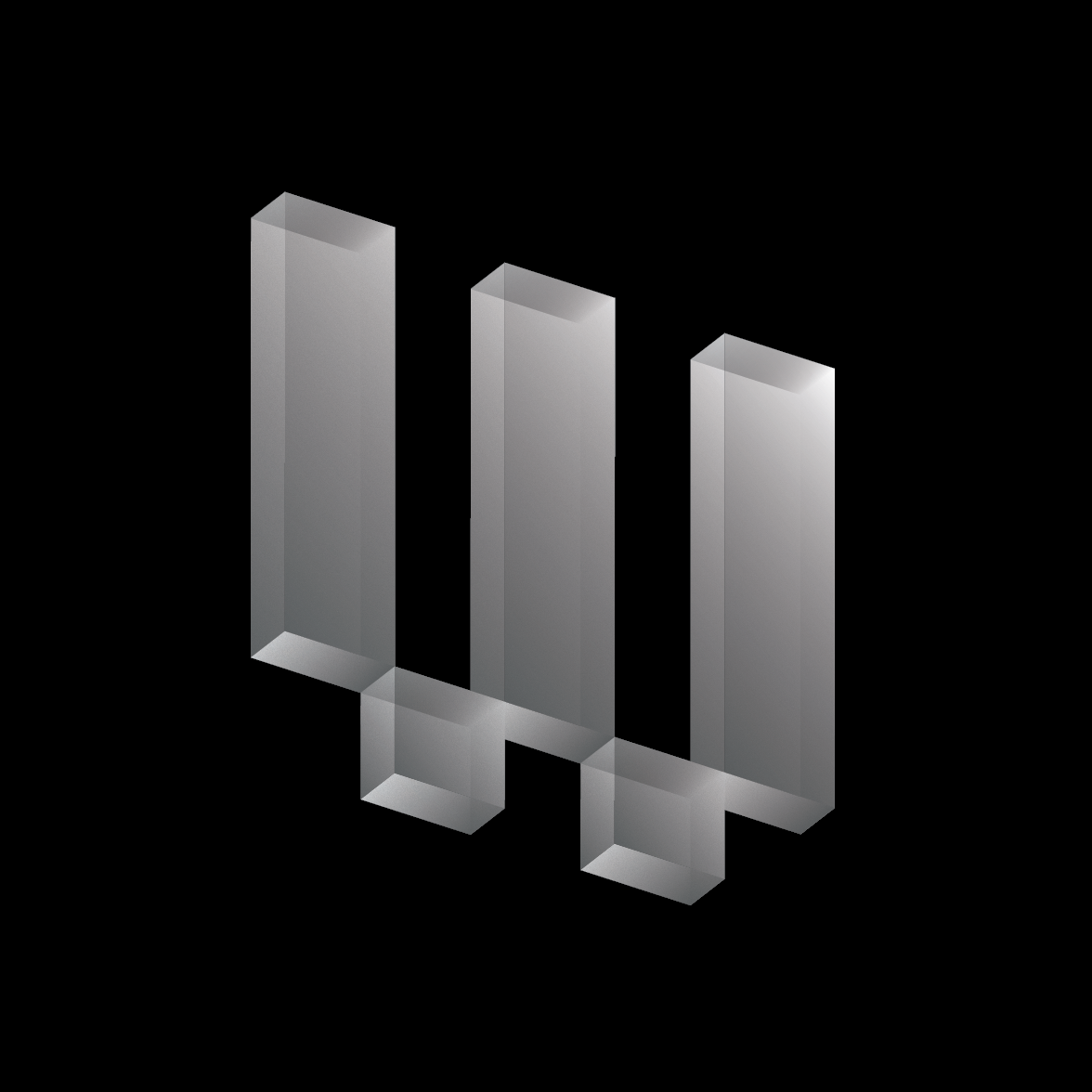