Apple analyst Ming-Chi Kuo today outlined his expectations for all-new 14-inch and 16-inch MacBook Pro models later this year, including the return of the classic MagSafe charging connector, the removal of the Touch Bar, a new flat-edged design, and the return of more ports built into the notebooks for expanded connectivity. 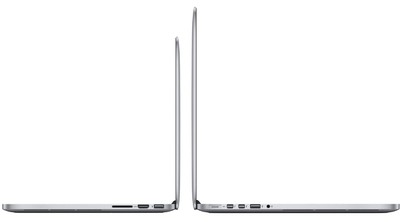 One of the most controversial design changes to the MacBook Pro came in 2016, when Apple removed the majority of ports from the notebook, forcing users who still rely on I/O options like USB-A and HDMI to purchase adapters or docks. Apple used the removal of ports as an opportunity to tout its “thinnest and lightest MacBook Pro ever,” but the decision was criticized by many users and even prompted a “dongle hell” meme.

While current MacBook Pro models are equipped with only two to four Thunderbolt ports and a 3.5mm headphone jack, it wasn’t always this way. From 2012 to 2015, the 15-inch MacBook Pro offered a wider selection of I/O, including a MagSafe connector, two Thunderbolt ports, two USB-A ports, an HDMI port, an SD card reader, and a 3.5mm headphone jack.

In 2011, the 15-inch MacBook Pro offered even more connectivity options, including MagSafe, a Gigabit Ethernet port, FireWire 800, a Thunderbolt port, two USB-A ports, an SD card reader, separate audio in and audio out jacks, a CD/DVD drive, and a slot to connect a Kensington security lock. This model also had a small strip of LEDs built into the chassis that showed how much charge the battery had remaining with the push of a small button.

For now, it remains unclear what new ports will be added to the 2021 MacBook Pro, if the rumor proves to be accurate. In his research note, obtained by MacRumors, Kuo said that the notebooks will be “equipped with more types of I/O, and most users may not need to purchase additional dongles,” but he did not share anything more specific.

Kuo expects the new 14-inch and 16-inch MacBook Pro models to launch in the third quarter of 2021, which begins in late June.